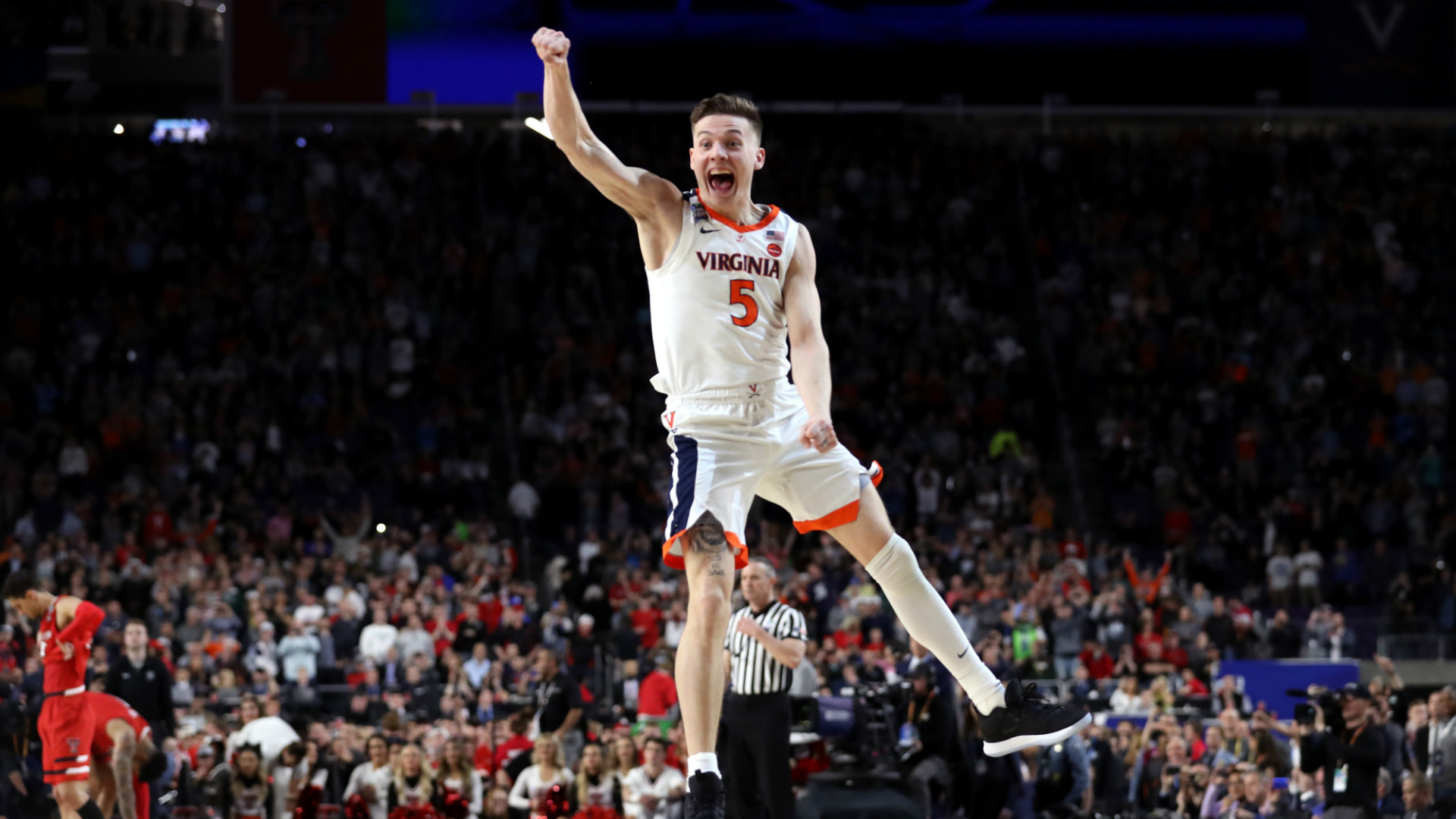 The Virginia Cavaliers completed their magical NCAA Tournament run by winning the national championship, 85-77, over Texas Tech in overtime on Monday.

The Cavaliers went on an 11-0 run in the extra period to carry them to the championship victory. Their title run was made even more impressive since it was their first, and came just one year after they became the first No. 1 seed to ever lose to a No. 16.

De’Andre Hunter, Kyle Guy and Ty Jerome needed to come up big for the Cavaliers, and they all did. Hunter scored 27 points and hit several clutch shots. Guy added 24 while Jerome scored 16 points and dished out eight assists.

The Red Raiders fell behind by as much as 10 points after cold stretches in both halves, but fought back and even briefly held the lead in the final minute of the second half. Texas Tech got a huge boost off its bench from Brandone Francis and Kyler Edwards. The duo combined to score 29 points. Matt Mooney and Jarrett Culver both struggled from the field to start, but rebounded with 10 and 15 points, respectively.

Sporting News tracked scoring updates and highlights from the 2019 national championship game. Follow along below.

11:43 p.m.: Virginia gets a defensive rebound off a miss and Guy hits two free throws. This one seems to be heading towards a Cavaliers win.

11:40 p.m.: Long out-of-bounds review shows that a jostle for the ball went off Texas Tech. Virginia will retain possession.

This game is awesome. pic.twitter.com/CIm9dKmgJa

11:34 p.m.: Another basket for Mooney. Three-point lead for Texas Tech.

11:32 p.m.: Overtime starts with Hunter getting an offensive rebound, drawing the foul, and making both free throws. He has 24 points.

11:26 p.m.: Hunter rebounds Culver’s missed 3 but throws it out of bounds on a miscommunication after Kyle Guy tried to call a timeout. Texas Tech will have one second left to hit a game-winner.

11:23 p.m.: Jerome misses the floater and Odiase gets the rebound! He will head to the line.

11:22 p.m.: Culver goes around Hunter and makes the layup to give the Red Raiders the lead!

11:21 p.m.: Francis misses the jumper but Texas Tech forces a jump ball and the possession arrow goes its way.

11:15 p.m.: Diakite and Culver trade two free throws apiece off the bench. Hunter follows it with a jumper to make it 63-61 Virginia.

11:09 p.m.: Basket and a foul for Norense Odiase! He will have a chance to tie the game after the timeout break.

The Red Raiders have a chance to tie the game with 3:28 left to play.#NationalChampionship | #4To1 pic.twitter.com/GiMUh6tNpI

11:08 p.m.: Mooney is back on the board and Texas Tech is within three points again. Going to be a great finish.

11:03 p.m.: Hunter fails to complete a three-point play, but he is in double digits along with Guy and Jerome. Meanwhile, Tariq Owens has fouled out for the Red Raiders.

10:54 p.m.: Texas Tech still isn’t going away. Moretti makes back-to-back layups and Virginia’s lead is back down to six.

Wowza. Tough to ask for a better pass than this. pic.twitter.com/W1oGCzlt1W

10:46 p.m.: Ty Jerome is taking matters into his own hands now. He hits a jumper then feeds Hunter for 3.

10:44 p.m.: Edwards, Hunter and Francis make consecutive 3s on both ends of the floor. Texas Tech trails by four points.

10:39 p.m.: First media timeout of the half comes with Virginia up seven points. Guy leads all scorers with 15.

10:33 p.m.: Diakite hits only one free throw and Francis makes a layup at the other end for the Red Raiders first basket of the half.

10:32 p.m.: After another missed 3, Culver is now 0 of 8 from the field. Diakite will head to the free throw line with the chance to extend Virginia’s lead back to double digits.

Kyle Guy starts the second half off right for @UVAMensHoops! ?#NationalChampionship | #GoHoos pic.twitter.com/IdDid9Xl25

A tie at the end of the half?

Ty Jerome had other ideas. pic.twitter.com/JIsqt96nhv

9:54 p.m.: Two made free throws by the Red Raiders and a traveling violation on Guy has given Texas Tech much of the momentum.

9:47 p.m.: Jerome hits a floater but Francis responds with another 3. Now the offenses are coming alive.

“Things are warming up!” ♨️@TexasTechMBB is closing the gap! ?#NationalChampionship | #MarchMadness pic.twitter.com/EMQklGHip8

9:45 p.m.: After their deficit gets extended to double digits, the Red Raiders get much-needed back-to-back 3s from Brandone Francis and Kyler Edwards to make it 17-13.

9:43 p.m.: A nine-point lead for Virginia now. Seems insurmountable with how well its defense has played.

9:33 p.m.: Now seven straight points for Virginia, which has opened up a six-point lead. Texas Tech has no field goals in the first seven minutes.

9:32 p.m.: Guy hits a jumper to give VIrginia the lead back. The teams were 1 of 10 from the field before that basket.

9:22 p.m.: Mamadi Diakite drops in the first points of the game for either team.

9:06 p.m.: The starting lineups for the contest. Owens is in there after suffering an injury in the Final Four.

Tariq Owens listed among Texas Tech’s starting 5. We’ll see how much he actually plays. Did not see him out during warmups earlier but he apparently was at shootaround today. pic.twitter.com/Yd6BptUgSU