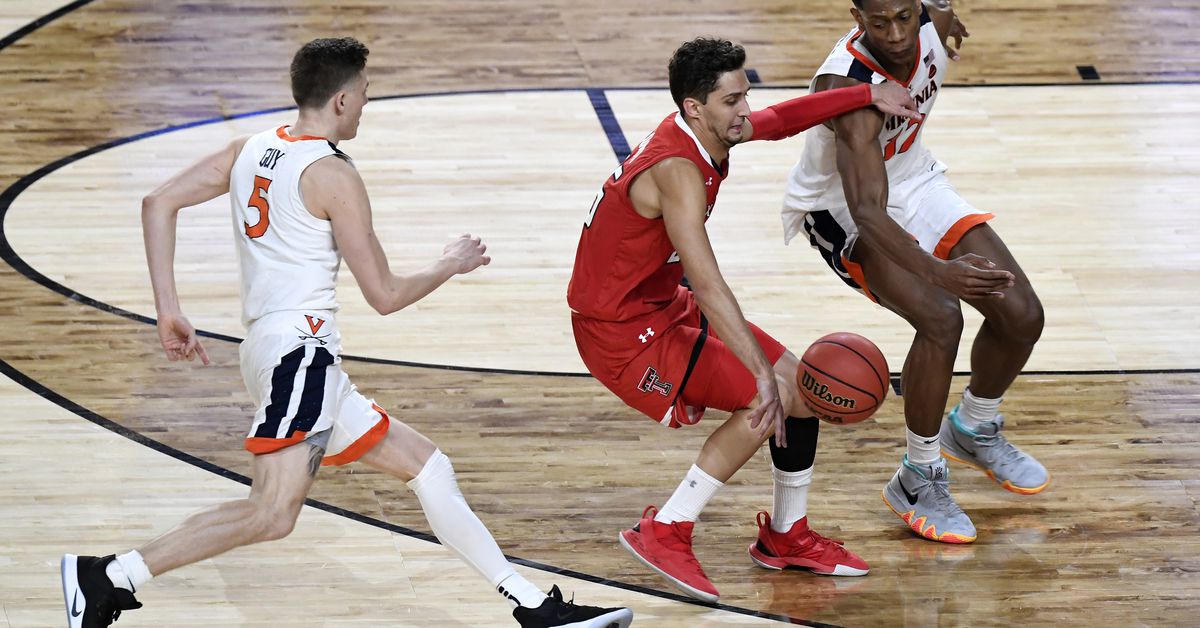 Extremely slow-motion instant replay is a wonder of modern sports. But when it goes wrong, it can also be agonizing and deflating.

Case in point: With a little more than one minute left in an overtime, two-point national championship game, Virginia forward De’Andre Hunter appeared to knock the ball loose from Texas Tech’s David Moretti. It was whistled Red Raiders ball, and few people watching live in real time would argue the call.

But referees are human, especially in big games. They feel an overwhelming urge to get things right, and it’s hard to blame them. Games like Monday night’s national championship attract a lot of attention, and making a mistake could haunt a career. So the refs went to the monitors for a long time.

And finally determined that the ball that everyone watching had made peace with belonging to Tech actually belonged to UVA.

Those referees were right! If you look very closely, the ball rolls off the back of Moretti’s fingers after Hunter slaps it away. The correct call was made, and I hope the referees do feel some vindication for that.

But the situation highlights two significant problems with video replay in sports:

That second point is more simply stated as this: referees should be foremost concerned with upholding the spirit of the rules, and not the letter. And in that instant, in the spirit of the game, the more satisfactory result to any neutral observer (and probably even to a few UVA fans, though they may never admit it) would have been to give Texas Tech the ball.

That was the result of the observable portion of the game, and that’s what sports are: something we watch and invest ourselves into in real time. Replay should be a tool to correct what is clearly wrong, or at least murky, not to double check your work at the expense of the millions who are ready to get back to the competition.

I won’t pretend any of this easy. From where I sit (on a couch), being a referee in any major sport — and ESPECIALLY one that has the privilege of officiating a title game — is one of the most stressful jobs I can think of.

I also can’t pretend that video replay hasn’t done a lot of good in sports, either. For example, NFL owners recently approved a rule that will make pass interference calls reviewable, and the news was largely met with positive reaction.

But in this instance, video replay marred what had been an otherwise excellent game (OK, outside of those first 10 minutes) between two star-fated teams. Virginia would outscore Texas Tech 10-4 the rest of the way to secure a championship one year after losing to a 16-seed, an unbelievable outcome that would have been just a pinch more fun to watch if the refs had been more thoughtful.