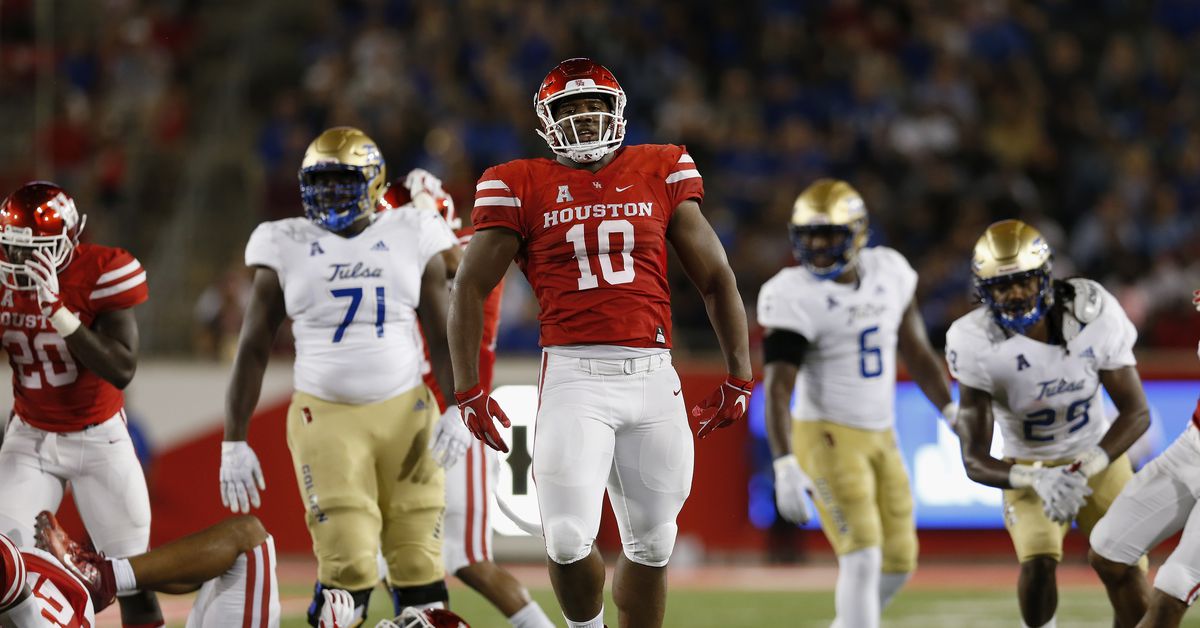 The 2019 NFL Draft is now just over two weeks away and mock drafts are approaching their final predictions. On Tuesday, ESPN’s Todd McShay took another stab at projecting the picks with the added caveat that he’s playing general manager this time around.

“This is what I see as the best selection for the team,” McShay writes. “It’s how I would pick based on needs, value, and availability. Each team’s preferences don’t matter here.”

It’s a similar premise to our writer’s mock draft that had Dwayne Haskins scooped up by the Jaguars, even thought it’s unlikely Jacksonville actually makes that pick.

But the problem is McShay’s “best case scenario” mock draft really doesn’t look that much different than his usual projections. The entire top eight was the same as his last mock draft, except he moved Quinnen Williams up from No. 4 to No. 3 — swapping him with Josh Allen.

Still, there are a few interesting nuggets in the three-round mock draft that provide some insight into where McShay agrees with recent trends and where he disagrees. Here are six observations from his latest mock draft:

McShay has apparently come to agree with Kiper.

In this mock, McShay flipped his selections and has Oliver going to Buffalo and Gary headed to Miami.

Both players are potential top-10 picks, but analysts haven’t been able to agree on which player is likelier to get picked first. In Dan Kadar’s latest mock draft, he also has Oliver to the Bills with Gary five picks later to the Falcons.

Oliver has been picking up steam in mock drafts in the final weeks before draft day, while Gary has been all over the board from the start. A blue-chip recruit out of high school, Gary wasn’t very productive at Michigan, while Oliver had 53.5 tackles for loss in just three seasons at Houston.

There are still analysts that think Gary will come off the board before Oliver, but McShay is jumping on the growing bandwagon that think the Houston product will be the one in the top 10.

McShay’s most against-the-grain take is the Patriots taking TCU defensive end L.J. Collier at the end of the first round.

In over 50 mock drafts surveyed in our SB Nation database, it’s the only time Collier appears in the first round. In his mock draft six days ago, McShay had Collier just outside the first round at No. 35 to the Raiders.

There are surprising first-round picks every year (nobody projected Steelers safety Terrell Edmunds in the first round last year), so it’s certainly possible that Collier gets his name called.

Collier’s athletic profile doesn’t scream first-round pick, nor do his 14.5 sacks in four seasons. But McShay clearly sees something in the TCU pass rusher that most others don’t.

3. The Patriots snag Daniel Jones in the second round

Even if New England may have reached a bit for Collier in McShay’s mock draft, he makes up for it by giving the team some serious value in the second round. Duke quarterback Daniel Jones has been a frequent projection for Washington and the New York Giants in the middle of the first round of mock drafts. McShay has him dropping out of the top 50 and all the way into the waiting arms of Bill Belichick.

There’s a lot to like about the 6’5, 221-pound passer, but McShay clearly isn’t buying the first-round hype.

That’d make him the quarterback of the future for the Patriots — ready to step into the starting role whenever Tom Brady actually gets old. There’s also the possibility that Brady never gets old, signs an extension when he’s 45, and Jones gets traded for two first-round picks to some poor team that finds out he’s not even good in the first place.

4. Ryan Finley is the fourth quarterback off the board

Most mock drafts have Oklahoma’s Kyler Murray at the top of the class and they usually have Ohio State’s Dwayne Haskins and Missouri’s Drew Lock not too far behind. Then almost all of them have Daniel Jones as the fourth quarterback after the top tier.

McShay diverts from that by projecting NC State’s Ryan Finley gets picked by the Dolphins in the middle of the second round.

That’s not a new opinion from the analyst — he had Finley and Jones in the same spots last week. He’s mostly alone on that one, though. Kiper had Jones in the top of the first round and Finley’s name didn’t appear in his two-round mock draft.

5. There are quality receivers in Day 2

The 2019 NFL Draft class doesn’t have a clear-cut No. 1 receiver who’s a sure-fire top-10 pick. What it does have is a long list of receivers who have a shot at cracking the back half of the first round.

McShay has 13 receivers in his latest draft with two in the first round, five in the second, and four in the third. The relatively surprising first receiver off the board is Marquise “Hollywood” Brown to the Packers at No. 12, followed by D.K. Metcalf to Washington three picks later.

But woo buddy there are value picks at the position in Day 2.

The Colts get A.J. Brown and the Jaguars get N’Keal Harry early in the second round. The Lions and Jets get Hakeem Butler and Kelvin Harmon, respectively, late in the third round.

There’s enough depth at receiver that there will be plenty of talent after the first round, regardless. But McShay’s projection really cranked it up by only having two in the first 32 picks. If that comes to fruition, expect a gold mine of receiver talent on the second day of the draft.

6. Why does McShay call this his “Grade A” mock draft?

Every year he does a “best-case scenario” mock draft where every team supposedly makes the perfect pick and gets graded with an A. It looks exactly like his normal mock draft.