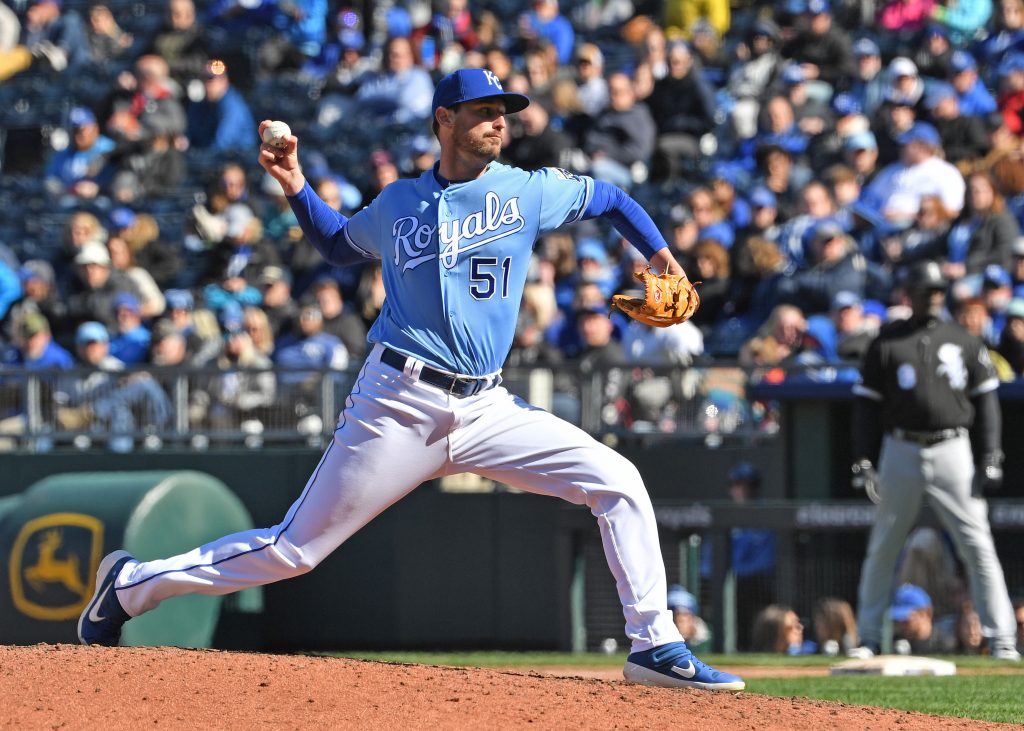 The Royals announced Tuesday that Rule 5 pick Chris Ellis has cleared waivers and returned to the Cardinals organization. The right-hander will head to a minor league affiliate (without occupying a spot on the 40-man roster), though the Cardinals’ announcement of the move did not specify the affiliate to which Ellis is headed.

Ellis, 26, was a roster casualty when the Royals selected the contract of Homer Bailey. Though Kansas City manager Ned Yost stated that the organization tried to get as long a look as possible at Ellis, he was designated for assignment after just one scoreless outing to begin the season. Ellis was hit hard during Spring Training, though, allowing 10 runs on 16 hits and three walks with 10 strikeouts through 10 Cactus League frames.

Originally a third-round pick of the Angels back in 2014, Ellis went to the Braves alongside Sean Newcomb in the Andrelton Simmons blockbuster before making his way to the Cardinals in the trade that sent Jaime Garcia to Atlanta. He was torched in his first two brief exposures to the Triple-A level but had a solid season there in 2018 when he pitched to a 3.76 ERA with 7.7 K/9 against 2.4 BB/9 in 79 innings of work. He’ll likely head back to Triple-A Memphis to continue working toward a spot with the Cards at the MLB level.