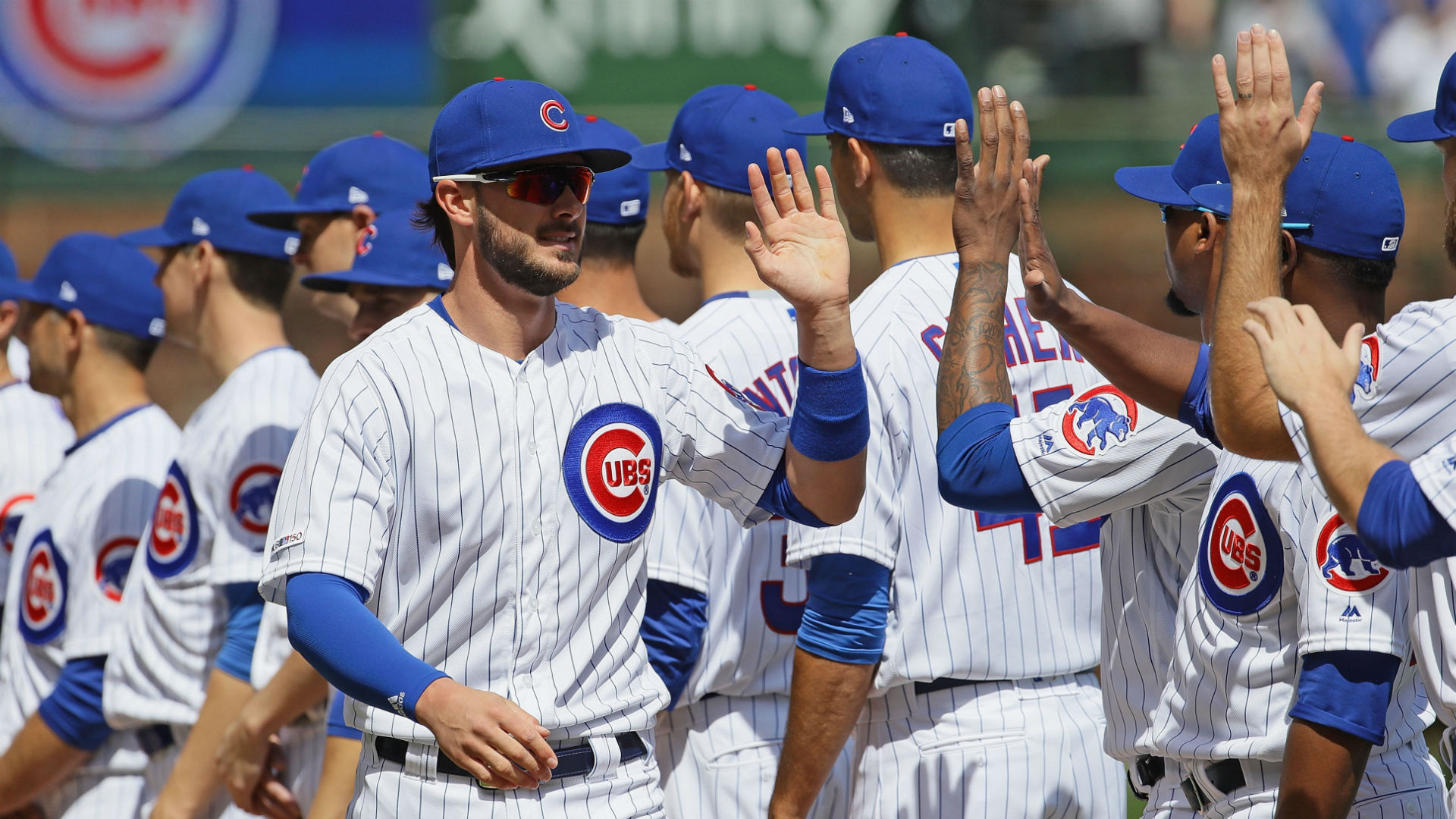 The Chicago Cubs finally played their home opener Monday at Wrigley Field, and the bad taste from the season’s first week or so (a 2-7 record) disappeared almost immediately.

Starting pitcher Jon Lester hit an RBI double to start things off in the second inning, and before the frame had ended Chicago held a 6-0 lead. Ben Zobrist, Anthony Rizzo and Javier Báez all added to the total.

The Cubs added two runs in both the third and fourth innings with a two-run home run off the bat of Kyle Schwarber capping off their run total.

However, Lester made an early exit in the top of the third inning with left hamstring tightness. The Cubs went on to win, 10-0, even without their starting pitcher/slugger.

The Mariners still have the best record in baseball and against the Royals, Edwin Encarnación was their best player. The designated hitter hit two home runs in Seattle’s eight-run sixth inning. He accomplished this remarkable feat once before in his career during the 2013 season with the Blue Jays. Encarnación joins Andre Dawson, Willie McCovey, Alex Rodríguez and Jeff King as the only players in history to do it twice.

Two homers in ONE inning for Edwin! ?? pic.twitter.com/FsyUuOvznm

Blake Snell struck out 11 in the Rays’ 5-1 win over the White Sox and after six innings toeing the rubber, he earned the win. Snell allowed six hits as he moved to 2-1 on the season.

Orioles’ Chris Davis extended his forgettable streak. The slugger went 0-for-5 at the plate and now has 49 consecutive at-bats without a hit. Davis broke Eugenio Velez’s previous record of 46 consecutive hitless at-bats for the longest hitless streak by a position player in history.

Not so fast, Christian Yelich. Mike Trout robs the Brewer of a home run.

Cedric Mullins wasn’t going to stop at third, literally. The Orioles outfielder hit a triple but ended up rounding third base after the throw from first trickled to the dugout.

Triple all the way and then @cedmull30 went the extra mile. #Birdland pic.twitter.com/UOnzzkgVT1

Dodgers (8-3) at Cardinals (5-5), 7:45 p.m. ET — St. Louis was able to take one from Los Angeles in the two teams’ first meeting Monday to move to .500 on the season. The Dodgers will go with Ross Stripling on the mound against Dakota Hudson.