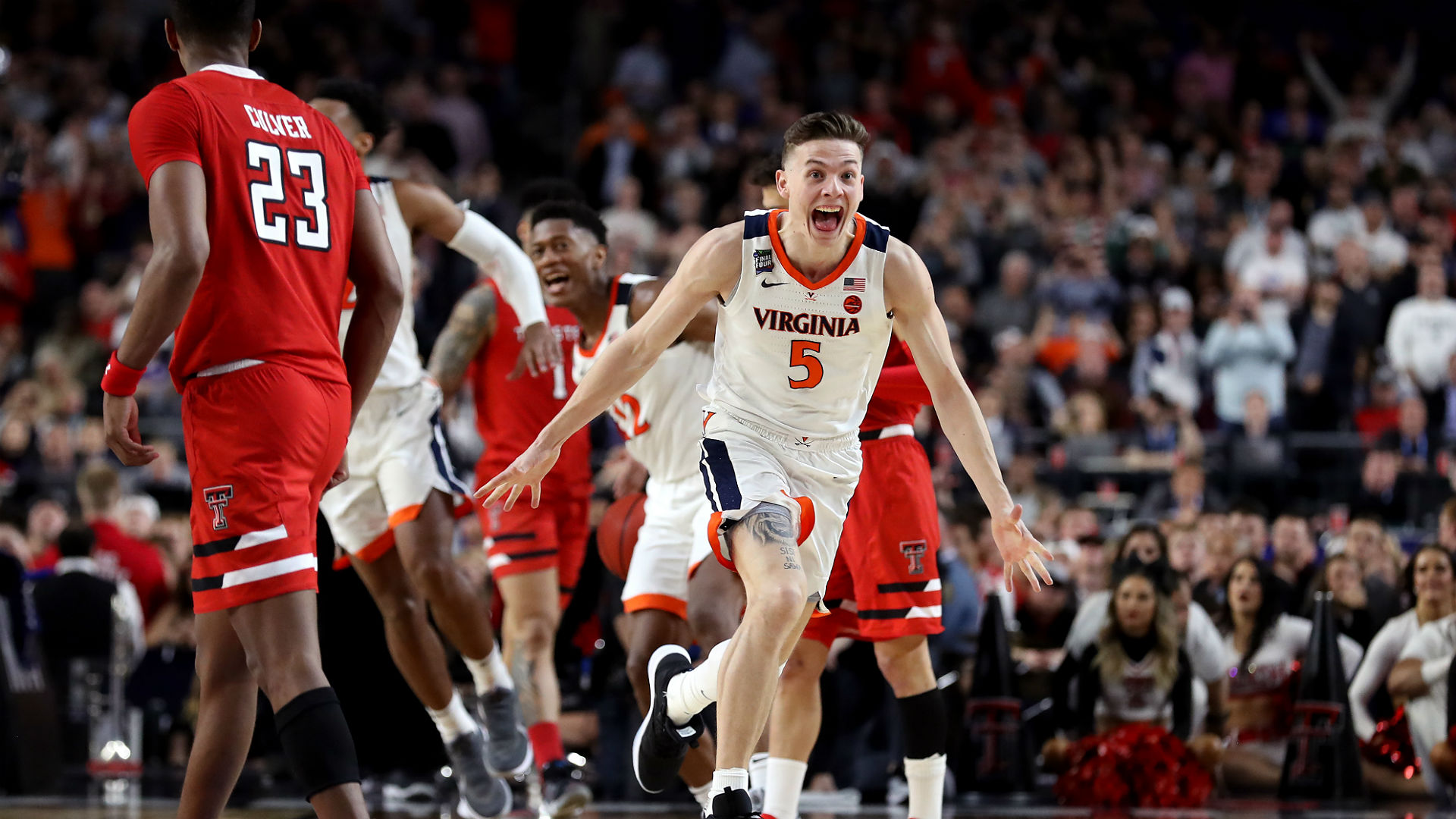 That was a fun one.

Virginia came away with an 85-77 win over Texas Tech on Sunday in a national championship game that was decided in overtime.

The Cavaliers led by as many as 10 points with a little more than 10 minutes to play. The Red Raiders, however, sliced down their deficit to one about nine minutes later and they took a lead on a layup by Jarrett Culver.

Norense Odiase pushed Texas Tech’s advantage to three with a pair of free throws before De’Andre Hunter knocked down a clutch 3-pointer to make the score 68-68.

The Cavaliers turned the ball over in the final moments but avoided disaster when Culver’s last-second shot was blocked.

Virginia went on to pull away in the final minutes of the extra period.

Here are eight crucial stats from the Cavaliers’ victory:

— The teams scored five total points before the first media timeout of the game. They combined to shoot just 11.1% from the field during that time frame.

— Texas Tech missed its first eight shots and did not hit a field goal until Davide Moretti knocked down a 3-pointer 7:22 into the game.

— Red Raiders star Culver missed all six of his field goal attempts in the first half. He eventually picked it up and hit a crucial shot late in the second half. He finished with 15 points yet was an inefficient 5 of 22 from the field.

— The Red Raiders were aiming to become the first team from the state of Texas to win the NCAA Tournament since Texas Western in 1966. But that drought will continue.

— Texas Tech’s bench kept them in the game throughout the night. Two Red Raiders substitutes combined for 29 points. Virginia received just six points from its bench.

— This was the eighth title game to go to overtime and first since 2008, when Kansas topped Memphis in another classic.

—  Virginia finishes the season with a 29-0 record in matchups it led at halftime. The Cavaliers have won the last 62 games they’ve held an advantage at the break.