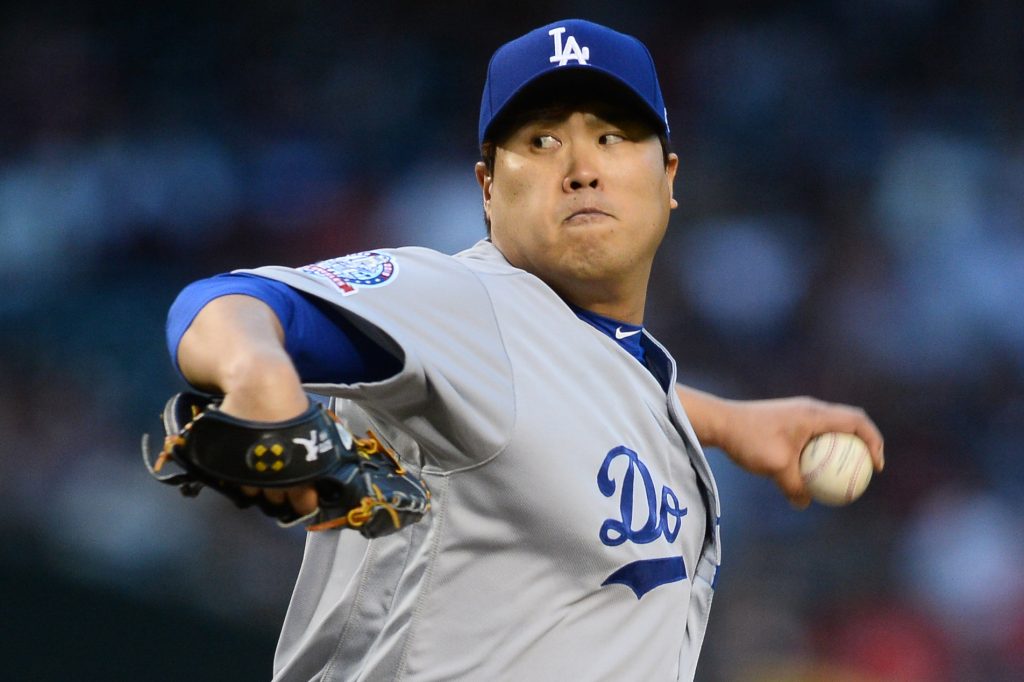 11:45pm: Ryu said after the game that he does not feel he has suffered a significant injury, as Jorge Castillo of the Los Angeles Times reports (Twitter links). The southpaw characterized his exit as precautionary. That’s certainly promising, though manager Dave Roberts made clear that Ryu was nevertheless destined for a stint on the injured list.

8:25pm: The Dodgers may well send another high-priced lefty to the inured list after watching Hyun-Jin Ryu leave the mound early tonight. He’s dealing with a left groin strain, Bill Plunkett of the Orange County Register reports on Twitter.

For the Dodgers, issuing Ryu the QO represented a bet that he’d be on the hill enough to warrant a $17.9MM price tag on one year of his services. He’s worth that and more when healthy, but his availability has been something of a flip of the coin for much of his MLB career. Since coming to the majors from his native Korea in advance of the 2013 campaign, Ryu carries a 3.17 ERA but has averaged only 95 frames and 16 starts annually.

Ryu joins Clayton Kershaw and Rich Hill on the shelf. Fortunately, those hurlers are making progress (the former in particular) and the Dodgers have an exceptionally deep group of pitchers. And the club isn’t exactly suffering in the results department at the moment. Still, the rotation resources have already been strained, so it’s worrying to see another potentially significant injury.