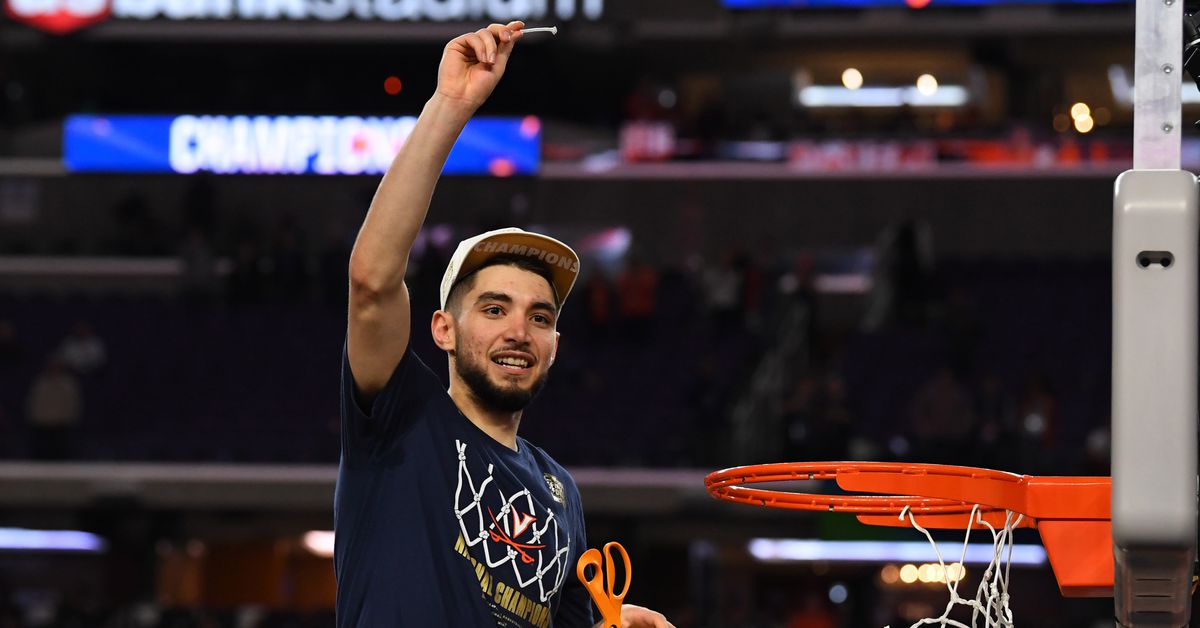 Everything from New York City is golden until proven otherwise. Virginia’s Ty Jerome didn’t change that — instead, he shined on a bright stage.

Jerome scored 16 points and dished out 8 assists in the Cavaliers’ 85-77 NCAA Tournament Championship win over the Texas Tech Red Raiders on Monday night. He was the stabilizing force that enabled Kyle Guy to light it up for 24 points and De’Andre Hunter to go off for 27 points on 4-of-5 shooting from three.

The Red Raiders tried to play Tariq Owens, their gifted shot blocker who attempted to play through an ankle sprain and hyperextended knee. But it was clear, early on, Owens wasn’t 100 percent. The injury made him a step slow, costing Texas Tech its defensive anchor in their most important game of the season.

That allowed Jerome to prance around the interior freely. Whether he got a floater up at the rim or forced the defense to help before finding the open man, Jerome was a tactician who set the tone for Virginia all night.

On one play, he drove before whipping a one-handed pass to Kyle Guy, who was wide open to bury a corner triple.

On another, he got by his man and forced the help, before finding a red-hot De’Andre Hunter, who buried the triple that gave Virginia a late three-point lead in regulation.

Jerome also hit a huge three to end the first half, a shot that gave Virginia a three-point lead entering the break after Texas Tech rallied back from an early deficit. Shots like the one he hit can be momentum changers, and for Virginia, it gave them a push after it seemed Texas Tech had things going their way.

Ty Jerome will be an NBA player next year

He’s currently ranked the 30th best player and the eighth-best point guard on ESPN’s best available list. His ranking in both categories may have improved after his performance in the National Championship Game.

There are 19 players from New York playing consistent minutes in the NBA. It’s deep list of talent, including Kemba Walker, Tobias Harris, and Andre Drummond, as well as youngsters Jonathan Isaac and Mo Bamba.

Ty Jerome could be a late first-round or early second-round pick, depending on how his pre-draft workouts go. He scored 21 points in the Final Four matchup against Auburn and put up 24 points in the Elite 8 showdown against Purdue.

If Jerome’s play in the NCAA Tournament is any indication of how effective he can be at the next level, Virginia’s point guard could carve out a solid NBA career — just like the New York hoopers who came before him.