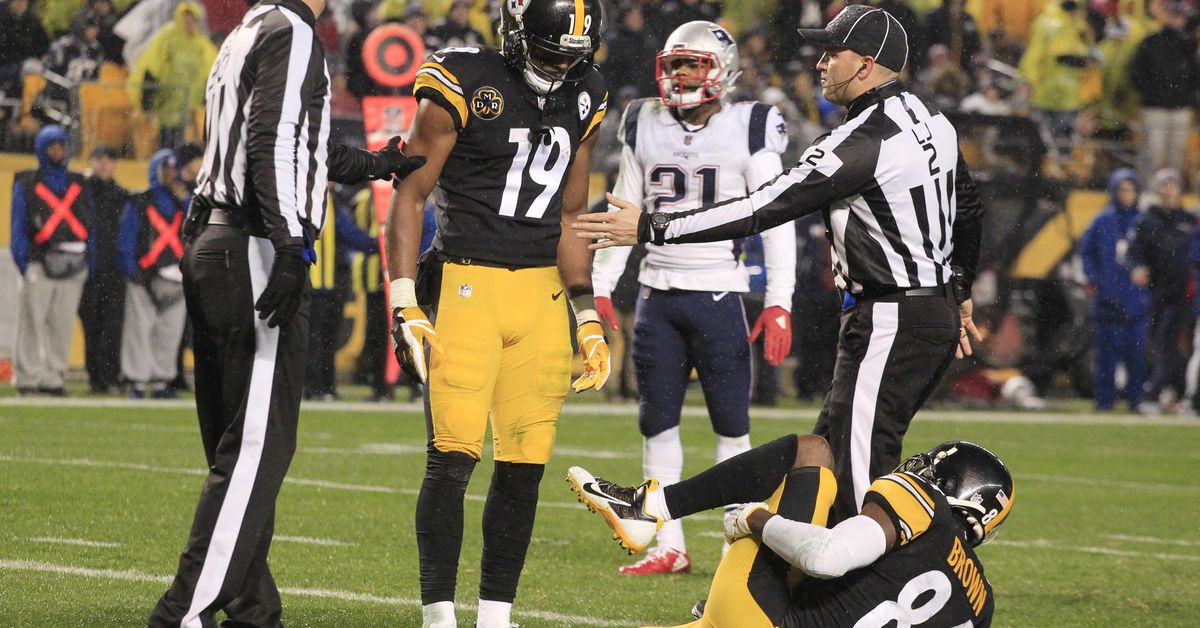 Social media is a necessary evil. We use it for everything. It’s part of society. We get our news from it, but we also know how much negative energy there can be on the platforms. In my opinion, a positive of social media, especially when covering athletes, is it can reveal your true personality. You can only fool people for so long.

Antonio Brown has revealed himself — and the Steelers will be better off without him.

When Brown first went after the Steelers and Ben Roethlisberger, I was one of the few voices out there who didn’t immediately jump on Big Ben because of Brown’s words. Brown was trying to leverage a deal out of the Steelers, and he was going to speak his mind about his dislike for anything in the black and yellow to get out of Pittsburgh. With Brown’s words, everyone heaped all the issues of the Steelers directly on to the shoulders of Roethlisberger. Easy to do. But not me.

I’ve said all along that Brown — who remember, failed to show up to practice or return phone calls from his coaches/teammates/front office members in a must-win week — was also part of the issue. And now he’s proving me correct.

The Steelers didn’t have to trade Brown. He was under contract at a hefty price and crippling cap number. Unlike Le’Veon Bell, who wasn’t under contract, if Brown had missed any part of training camp and the season, he was subject to fines. The Steelers, contrary to public sentiment, had the leverage here. But, and credit Brown, he forced the Steelers’ hand with his behavior publicly — and maybe even more, behind the scenes.

The Steelers eventually gave into the trade demands and let him go to Oakland for what most agreed was less than market value. It’s clear now the Steelers just wanted to get rid of him. So, in the end, the Steelers gave Brown what he wanted. He was traded and got an extension. That should have been the end of it. But no, it’s not.

Antonio Brown is back in the news after going on a petty rant about his former teammate JuJu Smith-Schuster. It’s totally uncalled for and there’s not a single reason why Brown should do that after getting exactly what he wanted. To me, his pettiness is a larger sign of his attitude behind the scenes. With his attitude gone, the Steelers will flourish.

Roethlisberger will be the unquestioned leader of the team. The Steelers still have a Hall of Fame QB, a talented veteran offensive line, Smith-Schuster, James Connor, and a defense that improved all season. Steelers teammates have already been publicly defending each other since the Brown drama. Also, this is the first time in forever that people will be doubting them. They will be extra motivated, and that’s hugely important for older players who sometimes get stuck in a routine.

The Steelers will continue to rally around the outside noise of their run of success being over because Brown and Bell are gone. While those two weren’t the only reason they didn’t make the postseason last year, and both are tremendous football players, they are two distractions who are now no longer their concern.

In their division alone, you have a poor Bengals team with a new head coach. The Ravens are limited with Lamar Jackson at quarterback and lost multiple defensive starters. The Browns still have to prove themselves. On paper, they are talented, but they have a first-year head coach who will have to manage all that talent.

The Steelers will also get a second-place schedule for the first time in forever. They will be a favorite in at least six of their eight home games, and then they need to win a few on the road. I like this team to win the AFC North next season

If you want to hear more of my thoughts on Brown and the future of the Steelers, take a look at this Periscope:

AB is petty af and the Steelers will be fine without him. They will win the AFC North. Plus my title game picks https://t.co/BAHVbuUSpd