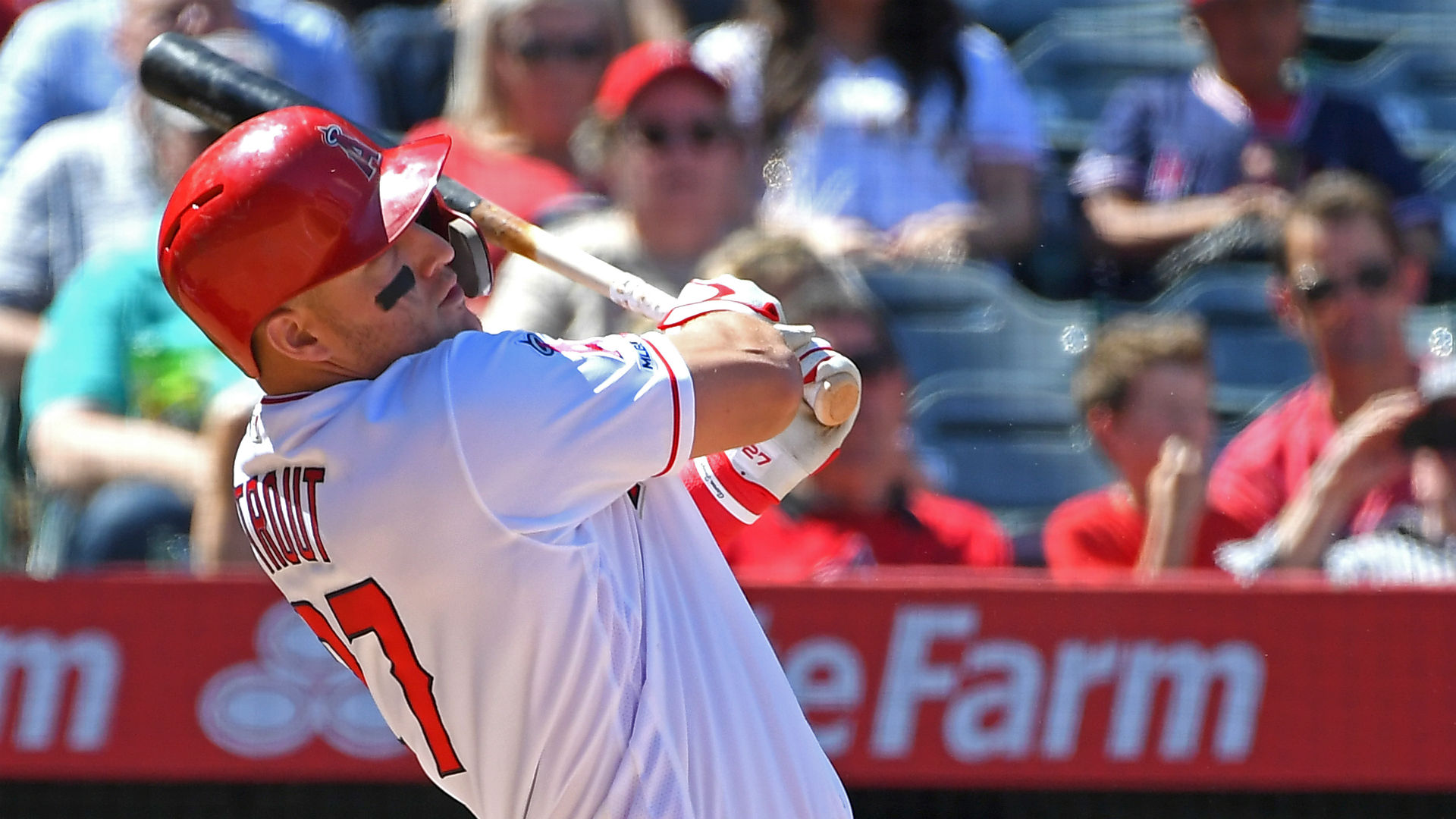 Mike Trout is earning his keep, and then some.

The Angels star, who signed a 12-year, $430 million extension last month, had an impressive showing in the team’s home series against the Rangers.

Los Angeles picked up a 7-2 win Sunday as Trout completed one of the best four-game series of all-time.

He continued to be a home run machine, tying his career-best streak of four consecutive games with homers. Trout also became just the fifth player in history to hit five home runs across his team’s first four home games of the season.

But, what’s more impressive is his numbers from these few games alone. In 18 plate appearances against Texas, Trout reached base 13 times and is now hitting .391/.581/1.000 with 11 total walks.

The Angles moved to 4-6 with the victory.

Cardinals starter Adam Wainwright pitched six innings in the team’s 4-1 victory against the Padres. He allowed five hits while striking out nine and was awarded his first win of the season.

The Red Sox have Mitch Moreland to thank for their narrow 1-0 win over the Diamondbacks. He hit a home run in the seventh inning in the pitchers’ duel.

The Giants weren’t good Sunday. The team pieced together only five hits in their 3-0 shutout loss to the Rays. Leadoff hitter Steven Duggar had the worst game, going 0 for 4 at the plate.

Hello 100. Christian Yelich reached the triple-digit home run mark for his career with this blast in the Brewers’ 4-2 win over the Cubs.

The benches cleared during the Reds’ matchup with the Pirates. Pittsburgh went on to win 7-5.

Athletics (6-7) at Orioles (4-5), 7:05 p.m. ET — The Athletics or Orioles will move to .500 by the end of Monday. Oakland will send Marco Estrada to the mound. The A’s have ended up losing all three games the righty has started, although his record remains clean (0-0). The veteran is hoping to break that streak in the first game of the four-game series. Andrew Cashner (1-1) will start for the Orioles.