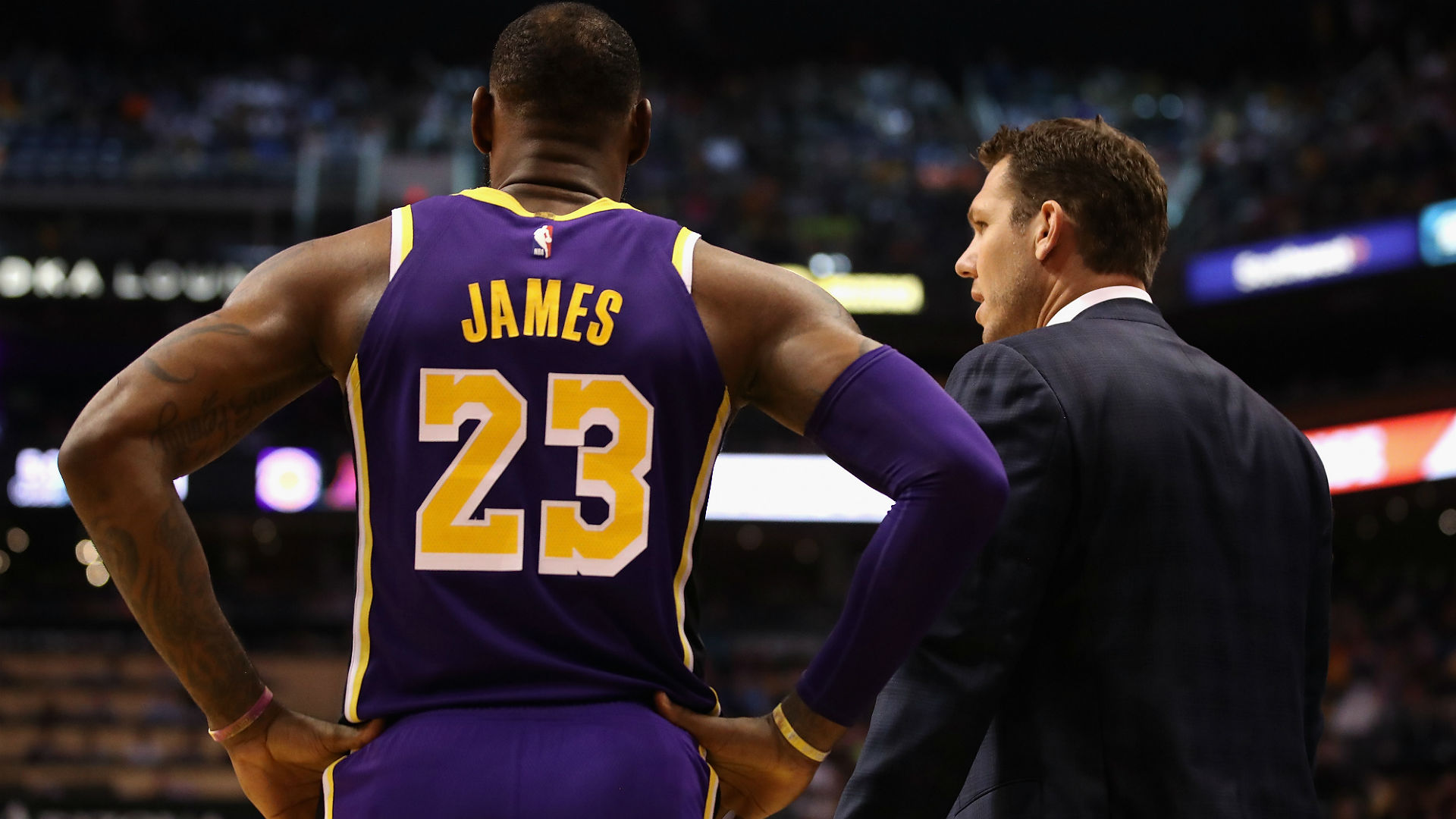 LeBron James thinks Luke Walton did the best job he could.

The Lakers are widely expected to dismiss Walton, their third-year coach, after the regular season ends. James, however, praised Walton during an interview this weekend with Spectrum Sportsnet.

“(You have to) control what you can control, and you’ve got to play the hand you’re dealt,” James said. “I think (Walton) played the hand as well as he could.”

Los Angeles began the season with a 20-14 record before James suffered a strained groin Dec. 25. He missed the next 17 games and the team never recovered.

The Lakers also dealt with injuries to key role players — including Lonzo Ball, Rajon Rondo, Brandon Ingram and Josh Hart — throughout 2018-19 and they shut down James for the rest of the season in late March.

James addressed the injuries during the interview. He said:

“Nobody expects for injuries to happen the way they did with our franchise this year. … I’m not talking two or three games here, everyone’s back in the lineup. We’re talking 15, 20, 25 games. I saw something the other day where myself, B.I. (Ingram), Zo (Ball) and Kuz (Kyle Kuzma) only played 23 games together this year. 15-8. We had a defensive rating of fourth in the NBA, and we were like seventh in offense when we played together in 23 games. As good as that is, it’s not enough for Luke to even be able to know what he has on a consistent basis, when you don’t have a consistent roster every single night throughout a full season.”

The Lakers were officially eliminated from playoff contention last month, which will snap James’ streak of eight consecutive finals appearances. He last missed the postseason in 2005.

James will finish the season averaging 27.4 points, 8.5 rebounds and 8.3 assists.

Jason Kidd, Rick Carlisle and Tyronn Lue have all been linked to the Lakers’ coaching job if Walton is dismissed. Walton, however, said recently he believes he’ll return in 2019-20.

“I just view it as outside noise,” Walton told The Athletic. “Unless someone from within our group is telling me that, I just view it like all the other things we’ve gone through as a team this year. Those are things that I don’t have the time to worry about.”