ENGLEWOOD, Colo. — Denver Broncos cornerback Chris Harris Jr. is now in territory where Von Miller, Peyton Manning and a long list of Denver Broncos players have been before: facing John Elway over money.

And Elway, the Broncos’ president of football operations/general manager, has developed a reputation as an ice-water-filled supervisor of the team’s checkbook.

As former linebacker DeMarcus Ware once said as he was contemplating his retirement or a possible return to the team in 2017: “You can want to come back, you can think you have a number in mind that it would take, you can think how you want it to be, what your role is, but eventually, the Broncos — John Elway — has to agree with that too. And that’s the business. …”

The bottom line is, if Elway wants to retain a player for the Broncos, a deal gets done. And all indications are that the Broncos want a deal done with Harris so he can essentially finish his career where it started as an undrafted rookie in 2011. 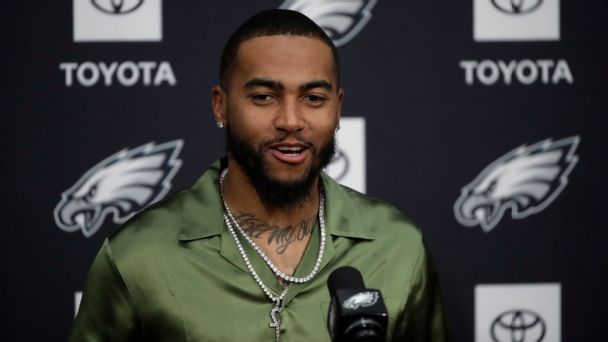 But if the negotiations with the high-profile players who came before him are any indication, it most certainly will be far from a smooth ride. So, Harris has not reported for the Broncos’ voluntary offseason program because he’d like a contract extension, and Elway has said he won’t address it until after the draft.

And there you have the themes that have been in every major negotiation the team has had on Elway’s watch — with Broncos director of football administration Mike Sullivan — that Elway routinely says the new deal “has to make sense” and that he always says he needs to “see where we are budget-wide.”

One of the most familiar missives has been “we want to keep everybody, but there’s only so much money.”

That’s the situation as the Broncos have moved through their big-ticket business in free agency, including the trade for quarterback Joe Flacco, with his $18.5 million salary for 2019, to go with $105 million worth of contracts to tackle Ja’Wuan James and cornerbacks Kareem Jackson and Bryce Callahan.

The Broncos, with family ownership, have always had to time their spending to when the cash came in and then when the cash went out. Even in the free-agency pursuits of Mike Shanahan to Manning’s arrival to Miller’s $114.5 million deal in the summer of 2016.

What you need to know about the Denver Broncos:

For his part, Harris is about to enter the last year of the five-year, $42.5 million deal he signed in 2015. And by any reasonable analysis of the deal in the NFL marketplace, it has been a bargain for the Broncos given his high performance at a high-demand position.

If they needed a reminder, the Broncos were 6-6 this past season after a Dec. 2 win in Cincinnati, but his value was clear after he fractured a leg in that game and the Broncos lost the last four games when Harris didn’t play.

Now the Broncos, with a new coaching staff in place, are trying to dig out from playoff misses for the past three seasons, including back-to-back seasons of double-digit losses, so Harris has made it clear his career clock is ticking.

“It’s late in my career and I can’t waste any years anymore,” Harris said earlier this offseason. “It’s time for me to win. I always wanted to retire here and finish my career here, but I’m ready to see what changes and things we do.”

It was Elway, however, who looked at Manning, after a 39-touchdown season in 2014 (the second-highest single-season total in franchise history), and asked him to take a pay cut that was far heftier than the $4 million cut Manning eventually agreed to after some terse negotiations. And it was Miller, during his holdout and following his Super Bowl MVP performance, who famously cropped Elway out of a photo during the team’s White House visit.

It hasn’t always been pretty and there is no guaranteed outcome, but history has shown if the two sides can push through the bumpy ride, they’ll get to where they want to go. If not, Harris will join the list of the team’s Super Bowl veterans he has said have “nothing guaranteed for them” as the team tries to climb out of its current struggles.