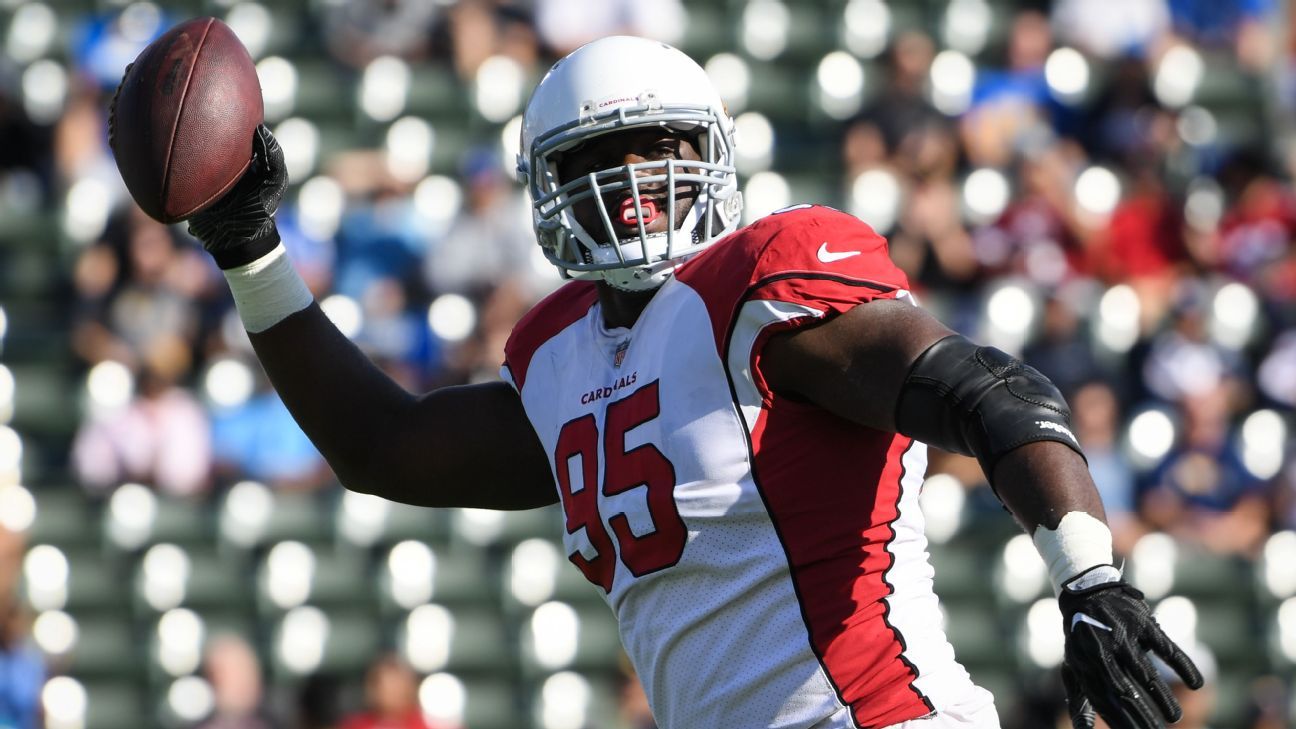 Gunter decided to return to Arizona after making a free-agent visit with the Green Bay Packers last week.

Gunter, 27, is coming off his best season as a pro with the Cardinals, finishing with career highs in sacks (4.5), tackles (44) and forced fumbles (two). While he played in all 16 games for the fourth straight season, he started 10, the second most of his career.

Gunter went to Delaware State, a FCS school. For his NFL career, he has eight sacks and 95 tackles.