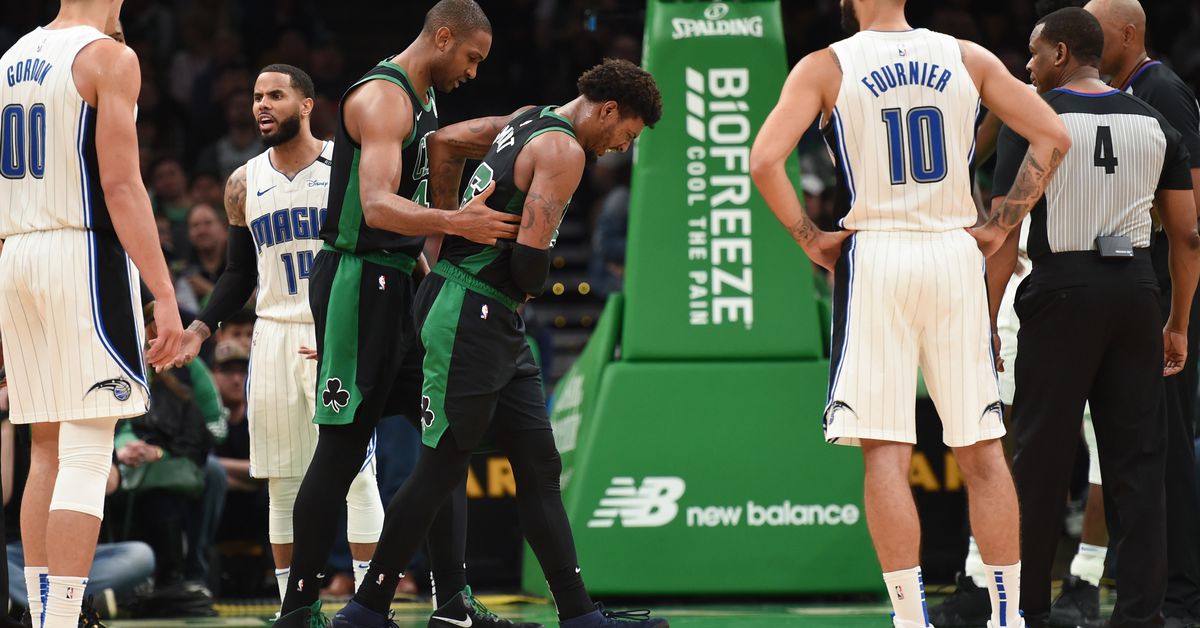 If you’ve ever wanted to judge the merits of throwing out a Terry Rozier/RJ Hunter/Semi Ojeleye/Guerschon Yabusele (maybe?)/Robert Williams III lineup, you’re in luck.

The Boston Celtics will be severely undermanned in the last game of the regular season against the Washington Wizards as Boston secured the 4th seed and a date with the Indiana Pacers in the first round. In regards to who’s listed as probable, I’d say the Celtics might as well keep Jaylen Brown out tomorrow as well. The only reason to play him would be to give him a rhythm entering the playoffs after missing some time recently due to back spasms.

After Marcus Smart exited last night’s loss against the Orlando Magic with an oblique contusion, a lot of questions were asked about why all of the regular rotation players were even in the game (Gordon Hayward played almost 38 minutes). At least that won’t be the case tomorrow. The major rotation players will now have a week off between their last regular season game and Game 1 against the Pacers, so hopefully the rest and preparation will get the geared up for a long postseason run.

The Celtics take on the Wizards tomorrow night at 7PM on TNT.