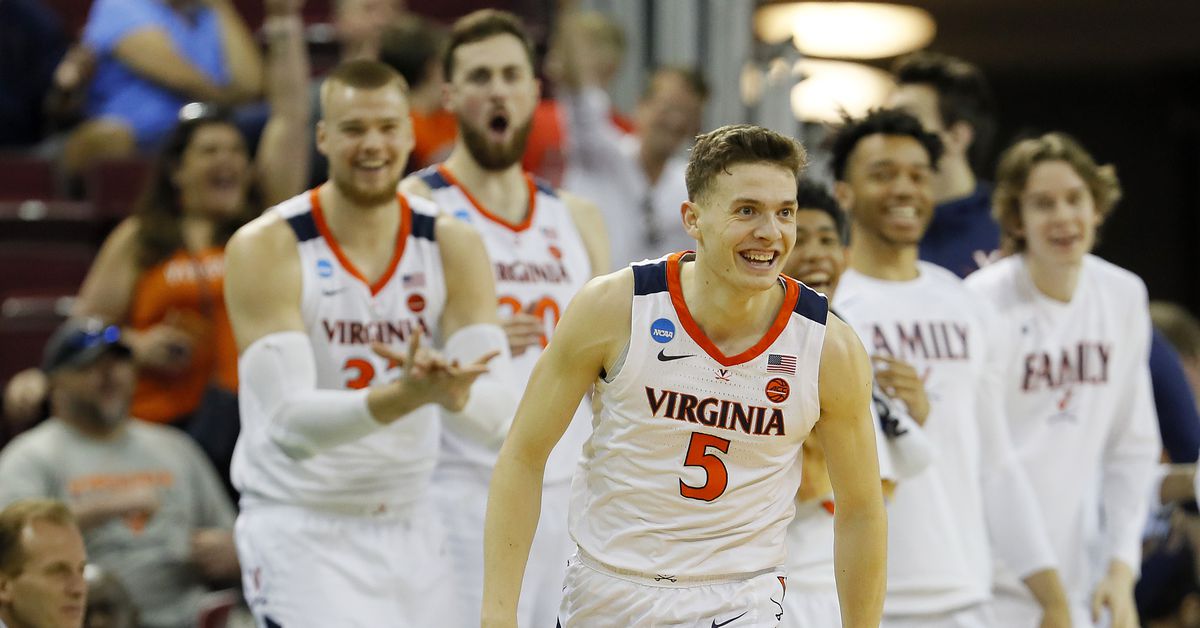 Virginia is going to play Texas Tech Monday night in Minneapolis for college basketball’s national championship. The matchup is guaranteed to elicit a number of terrible “first to 40 wins” jokes between now and the moment it tips off, but don’t let those criticisms wedge themselves too deeply in your brain.

Forget the detractors and forget the styles: This is going to be a matchup between two of the best teams in the country and two coaches who have the potential to dominate the sport over the decades ahead.

Here are the five biggest reasons to block out the outside noise and count down the hours between now and Monday night.

Virginia has won four of the last six ACC regular season titles and become a fixture on one of the top two lines in recent NCAA tournaments, and most of the thanks for that rests with the Cavalier defense. UVA currently boasts the fifth-best adjusted defensive efficiency in the country according to Ken Pomeroy’s rankings. Their standing in that same category over the five years prior? No. 1, No. 2, No. 7, No. 2 and No. 4.

Texas Tech’s defense might not have a title as well-known as “pack line” … in fact, I don’t think it has a title at all. What it does have is the current best defensive efficiency rating (14.0) of any college basketball team since Ken Pom began tracking the statistic 17 years ago.

The Red Raiders swallow opponents by forcing ball-handlers towards the baseline and not allowing them to get the ball near the lane. On the rare occasion where they do allow that to happen, they’re the blessed with the gift of having elite shot blockers who can quickly erase the mistake.

No one in college basketball right now does the defensive part of the game better than these two programs. That might not be as attractive to the average viewer as a guaranteed shootout, but at the same time, it’s hard to complain about a matchup between two teams that are the best at 50 percent of the game.

2. There’s going to be some solid offense as well

Just because the pace of Monday’s game is almost certain to be slower than most national title games before it doesn’t mean the contest will be lacking in quality offense.

Virginia is No. 3 in the country in adjusted offensive efficiency, and Texas Tech is an admirable No. 28. Both enter the national championship game following solid semifinal shooting performances from their most lethal outside threats.

All-ACC guard Ty Jerome was spectacular in UVA’s narrow win over Auburn Saturday night. The junior knocked down 4-of-9 shots from the outside and finished with a game-high 21 points to go along with nine rebounds and six assists. Kyle Guy wasn’t quite as locked in, but he did bury 2-of-6 from deep and 5-of-11 from the field overall. His three free-throws with 0.6 seconds to play were also fairly important.

On the other side, Texas Tech is coming off a night where Matt Mooney seemingly couldn’t miss. The grad transfer from South Dakota scored a game-high 22 points thanks in large part to four triples. Jarrett Culver came alive late, but will almost certainly score more on Monday, and shooting guard Davide Moretti has the range and the stroke (46.3 percent from beyond the arc) to get the better of the pack line.

3. The top NBA prospects in Minneapolis will square off

Relatively speaking, the 2019 Final Four hasn’t been loaded with next-level talent. Thankfully, the two best when it comes to that category will be balling against one another Monday night for the title.

Texas Tech star Jarrett Culver is the No. 4 overall pick in the most recent NBA mock draft from Ricky O’Donnell. Virginia standout De’Andre Hunter is just four spots below him at No. 8. Neither played their best game on Saturday, which hopefully (for us) means both are primed to turn it on as the lights get even brighter.

The final game of the season is always going to feature a healthy dose of premiere college talent. But for those who want to get a glimpse the guys who have the potential to be stars in the NBA, this game should be able to deliver on that front as well.

4. College basketball is getting a fresh king

For the first time since 2006, we’re about to crown a first-time champion.

Either Virginia or Texas Tech is going to become the 36th different school to capture an NCAA tournament championship. It’ll be the first national title game with two teams that have never played for it all since Magic Johnson and Michigan State and topped Larry Bird and Indiana State in 1979. Additionally, either Tony Bennett or Chris Beard are going to guarantee themselves of reaching the pinnacle of the sport at least once in their career.

After more than a decade of watching teams coaches who had already worn the crown before get to cut down the nets, it’ll be nice to see new blood across the board.

5. Bennett vs. Beard could be the start of something big

The biggest names in college basketball coaching are getting up there in age. We’re soon going to reach a point where Mike Krzyzewski, Roy Williams, Jim Boeheim and a handful of others are going to have to call it a career.

When that time comes, the next generation could be headlined by Tony Bennett (49-years-old) and Chris Beard (46-years-old).

Bennett had to endure the long road of March heartaches (including the ultimate March heartache) before finally coming within view of the mountaintop. For Beard, the long road was just to get a job as a Division-I head coach. In the four years since that breakthrough, he’s hardly had to deal with any March disappointment. He’s won nine NCAA tournament games, produced the two best seasons in the hitsory of Texas Tech basketball, and is now one victory away from his first national title.

Their paths to this point couldn’t have been more different, but both Bennett and Beard have the potential to be two of the first names you think of when you think of college basketball at any point over the next 20 years.