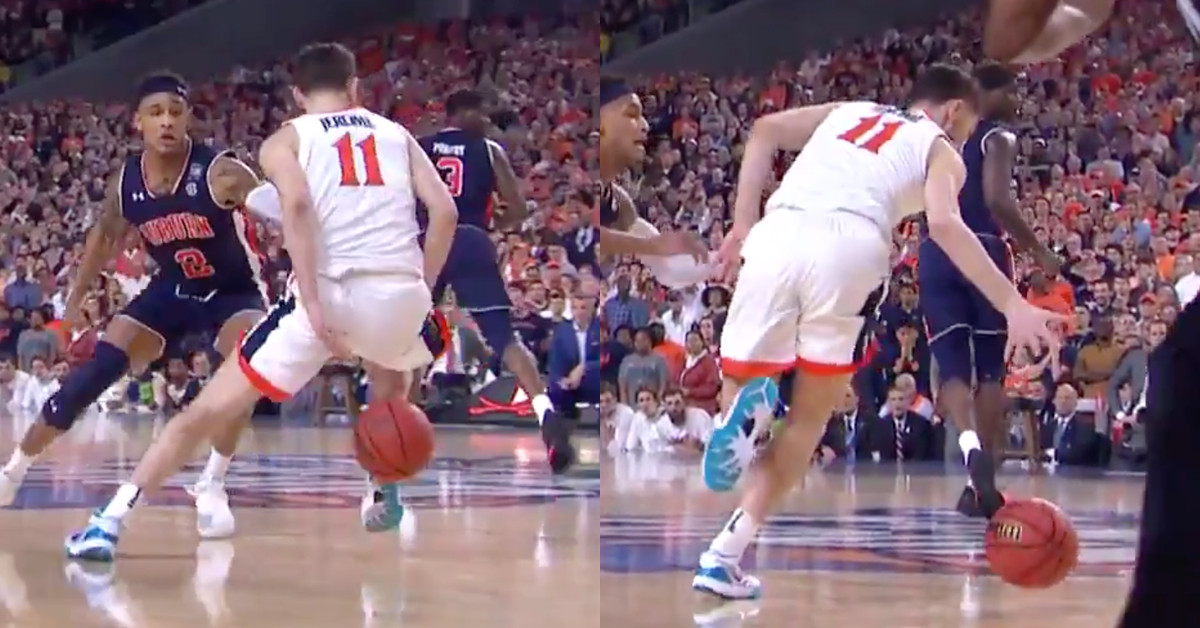 Down by two points with 5.4 seconds to go, Virginia had the ball with a chance to tie or beat Auburn to win their Final Four matchup and advance to the championship game. The Cavs inbounded to one their best players, forward Ty Jerome, who dribbled the ball up the floor and nearly cost his team their dramatic one-point win.

Off the catch, Jerome bobbled the ball off the back of his leg on an attempt to pull off a basic behind-the-back move. He then picked the ball up and was fouled by Auburn, who had one to give. There was no ruling on the court for the bobbled ball, but it should have been a double-dribble.

“As Ty Jerome brings the ball up the court, he accidentally bumps the ball off his back foot … he then re-possesses this ball with both hands. That ends his dribble.”@GeneSteratore explains a missed double-dribble violation on Ty Jerome near the end of the game. pic.twitter.com/763pV0sXyA

“As Ty Jerome brings the ball up the court, he accidentally bumps the ball off his back foot,” former NCAA referee Gene Steratore said after the game on CBS. “He then re-possesses this ball with both hands. That ends his dribble.”

This missed call probably cost Auburn the game. On the very next possession, Virginia guard Kyle Guy was fouled on a three-point try and won the game at the foul line.

The NCAA released a statement after the game.

After the game, Auburn guard Bryce Brown repeated “NCAA needs to get some new refs” over and over on his way to the locker room.

The Tigers have to be bitter about this finish.