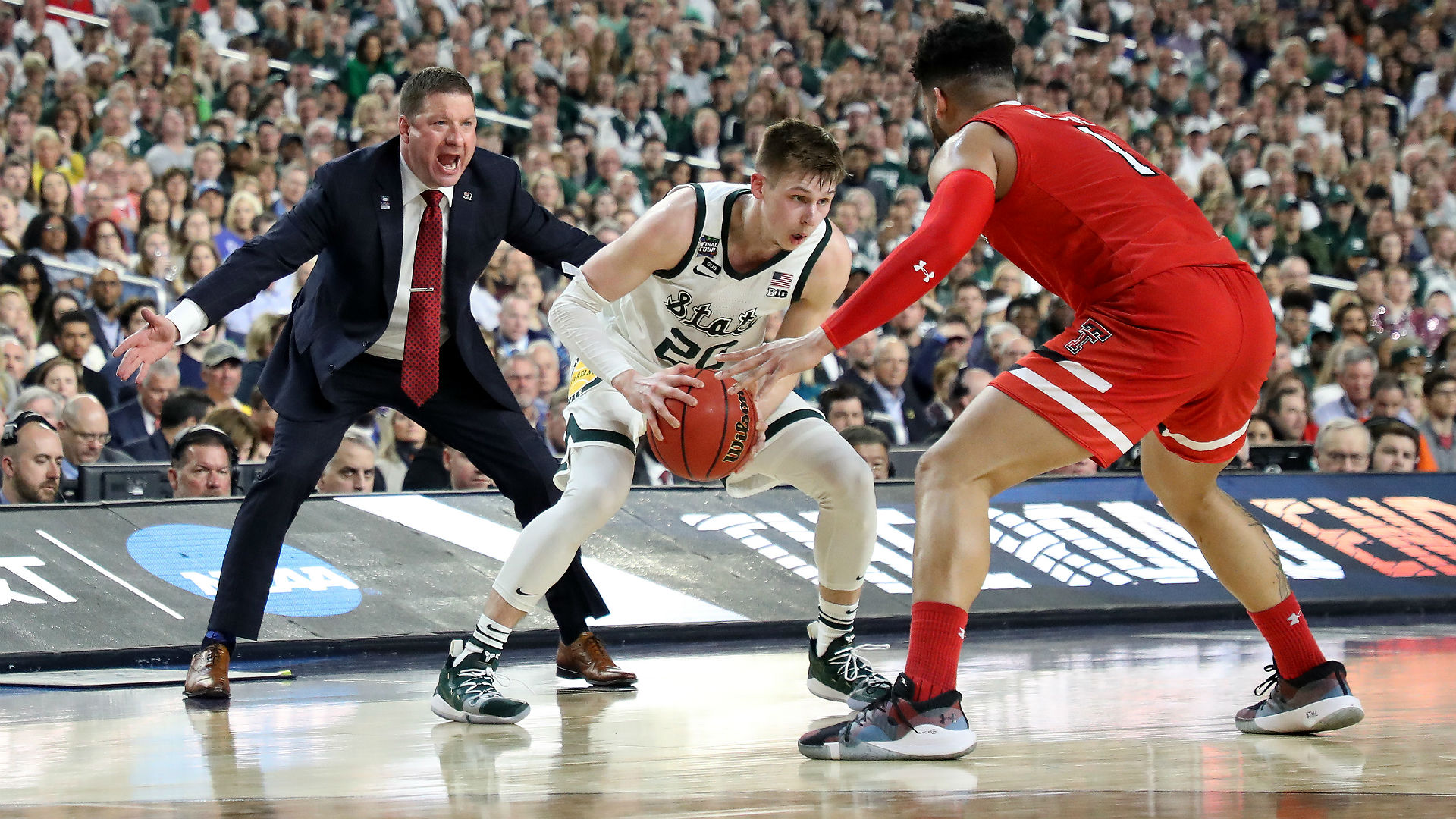 Texas Tech coach Chris Beard is excited his team will have a chance to play one more game.

The Red Raiders took control early in the second half and fought off a late Michigan State run to come away with a 61-51 win in their Final Four matchup at U.S. Bank Stadium in Minneapolis, MN. They’ll face Virginia in the title game Monday.

Texas Tech will be playing for the National Championship on Monday night! pic.twitter.com/y37XdwNImR

“I’m just really happy for these guys,” Beard told reporters at his postgame press conference. “We knew we weren’t going to out-tough Michigan State, but we wanted to try to match their toughness. … We had some big-time individual performances when we needed it most.

“Nothing but respect for Michigan State. We’re excited to live another day and get to play Monday night.”

Virginia and Texas Tech will both be playing for the first championship in program history. The Red Raiders had never reached a Final Four before this season.

“I think we deserve to be here, as do a lot of other teams. You’ve got to get fortunate, but we did. I’m looking forward to coaching these guys on Monday night.”

Texas Tech led by 13 with a little less than 10 minutes to play. But, over the next seven minutes, the Spartans cut into their deficit and made the score 52-51 on an Aaron Henry layup.

Jarrett Culver, however, answered with a jumper and the Red Raiders scored the game’s final nine points to pull away.

“We just cleared our minds and showed some poise and just said, ‘Hey, this is all we could ever ask for,’” Beard said about Texas Tech’s response. “On the first day of practice, this is what we prayed for and hoped for, and here it is.”

Texas Tech guard Matt Mooney carried his team offensively for much of the night. He finished with a game-high 22 points and connected on four of his eight 3-point attempts to lead the Red Raiders to the victory.

“(Mooney’s) obviously very, very talented,” Beard said. “But the thing that really impressed me tonight was just his courage, just to be able to make those big plays and want to be in those moments. … Matt had the courage to step up and take those shots. He’s making plays on both ends. I loved his poise tonight. He’s a special player.”

Culver chipped in 10 points but was just 3 of 12 from the field.