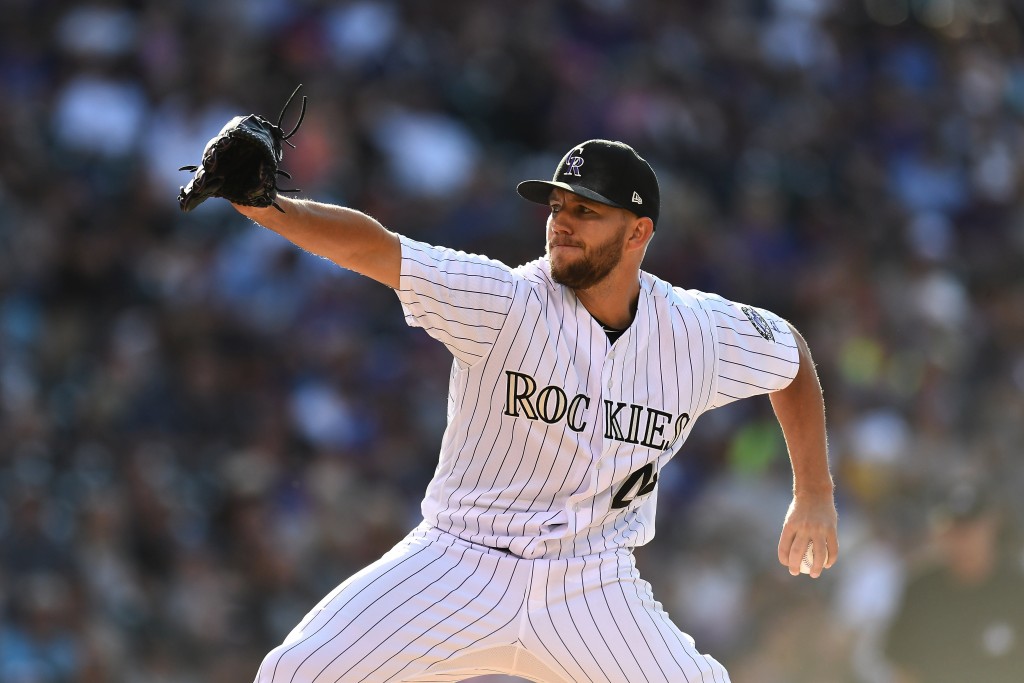 According to a team announcement (Twitter link), the Rockies have placed left-handed pitcher Tyler Anderson on the 10-day injured list due to left knee inflammation. In a corresponding move, the team recalled right-hander Yency Almonte from Triple-A.

Anderson, 29, has looked out of sorts in his first two starts of the season, surrendering 11 runs in just nine innings of work. His slow start comes on the heels of an impressive 2018 campaign in which Anderson worked 176 innings, posting a 4.55 ERA while striking out 164 batters.

It’s disappointing news for a Rockies team that has had to endure more than its fair share of injuries early in the season, with infielders Daniel Murphy and Ryan McMahon also on the IL. With Anderson unavailable, it’s unclear just how the Rockies will fill his spot in the starting rotation. The preferred candidate, Antonio Senzatela, is also on the injured list, so he was not an option to replace Anderson. Yency Almonte, who will fill Anderson’s spot on the 25-man roster, has not started a game at the Major League level, but started 10 games in Triple-A last season. However, the Rockies plan to use Almonte as a reliver in the big leagues.

A bullpen day is not out of the question when Anderson’s turn in the rotation comes up next, but the circumstances are not ideal for a Rockies team that already had questions surrounding the back end of the rotation. For the time being, though, it appears that the Rockies will need to patch together a rotation while Anderson and Senzatela recover from injuries. Anderson’s spot in the rotation will come up next on Wednesday. Jeff Hoffman, who started 16 games for the Rockies in 2017, remains in Triple-A as a depth rotation option.