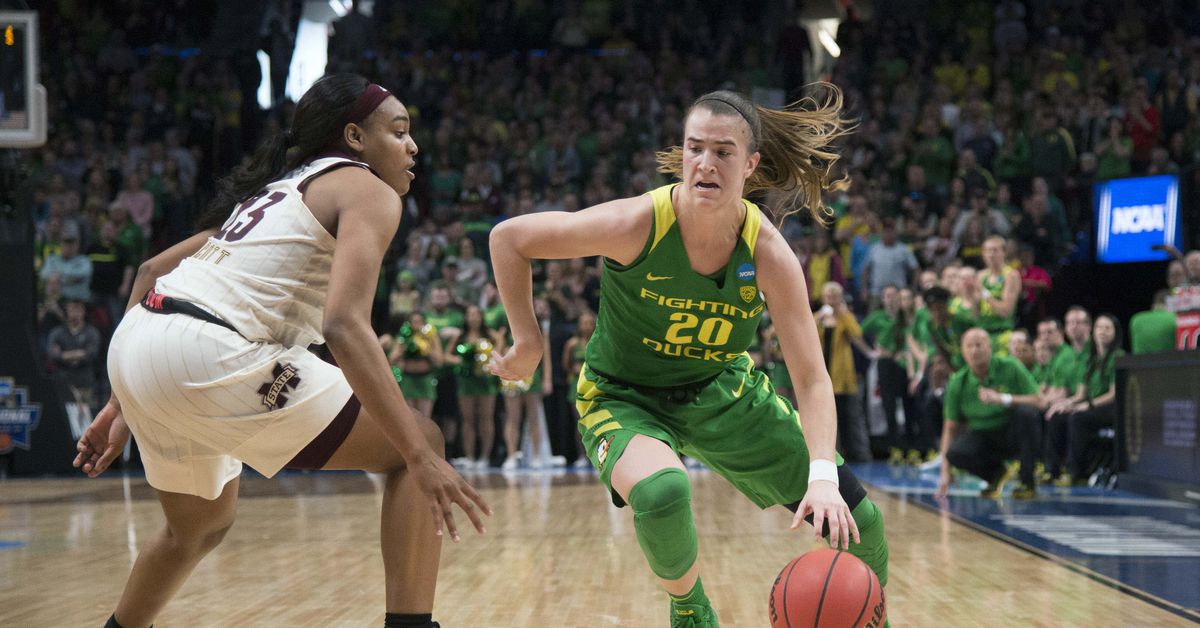 Sabrina Ionescu, the favorite to be the No. 1 pick in the WNBA Draft, has shockingly decided to stay at Oregon for her senior season, she announced in a Players Tribune story. Ionescu’s Oregon Ducks lost a heartbreaker in the Final Four to the top-seeded Baylor Bears, 72-67, and that clearly didn’t sit well with Ionescu.

“It was one of the toughest losses of my life,” Ionescu wrote. “I really thought that we had a chance to win that game — and even to win it all. So to make it that far, and then to fall just short..… it was pretty agonizing.”

“Ducks Nation — I’ll see you next year,” she closed. “Let’s see some packed houses. And WNBA — I’ll see you soon. Real soon, I promise. Just have some business to take care of first.”

Oh my. She’s really coming back to win a title.

Why is Ionescu staying at Oregon?

Despite just three years in school, Ionescu qualified for the 2019 draft because she’s set to turn 22 in the same year as the draft. Instead, she’ll play a true senior season in hopes of winning a championship she’s come so close to three times before. The Ducks made the their first-ever Elite Eights in 2017 and 2018 before making their first-ever Final Four in 2019.

Ionescu averaged 19 points, eight assists and seven rebounds for Oregon in a stellar season this year. She shot 44 percent from three-point range, and is the heartbeat of everything for the Ducks. They didn’t stand a chance at a title without her.

The Oregon Ducks will return four of their top five scorers from the 2018-19 season including Satou Sabally, Ruthy Hebard and Erin Boley. They could be the No. 1 overall team in the preseason.

Ionescu’s choice to hold off one more year changes everything at the April 10 WNBA Draft. She was expected to go No. 1 overall, and now that honor may belong to Louisville guard Asia Durr, or maybe someone else.

With no clear top pick, the Las Vegas Aces, who have first choice, may decIde to trade down. They selected Kelsey Plum, another point guard, No. 1 overall in 2017, and it’s unclear if they’d take another.

The WNBA will have to wait one more year of its point guard of the future. The next four days could be hectic heading into the draft.

Ionescu wasn’t expected to stay another year at Oregon. Now the NCAA’s all-time triple-double lead, which she owns by a wide margin at 18, could grow even further out of reach.