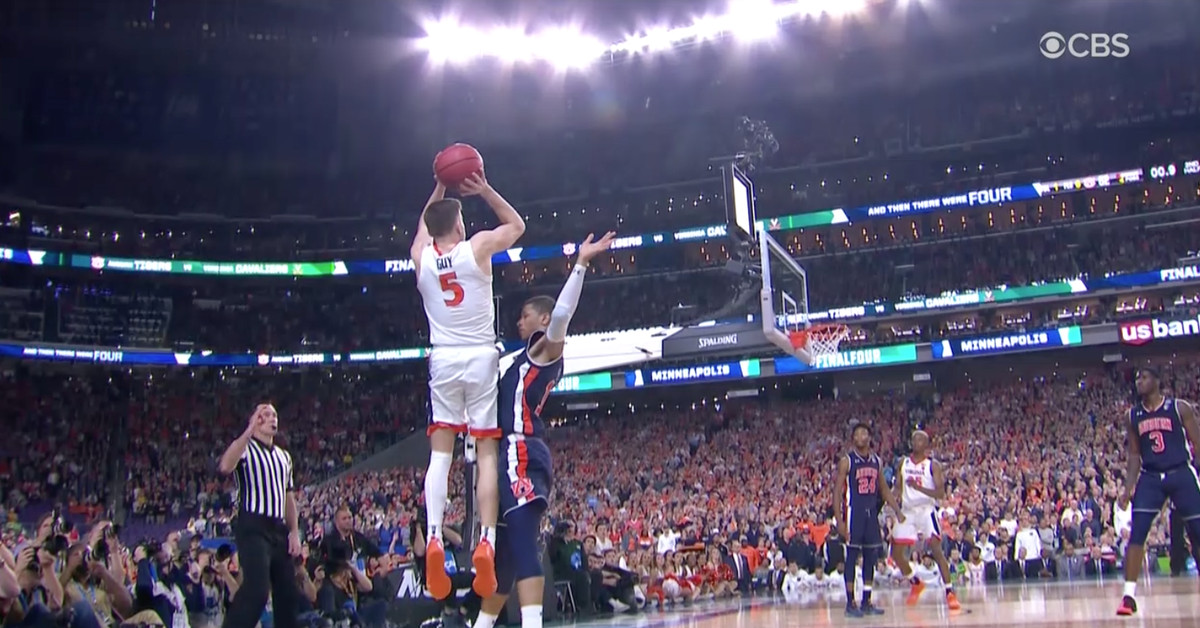 With 1.5 seconds to go, all Auburn had to do was make one final stop and secure a 62-60 win over Virginia. The Tigers had overcome a seven-point deficit late and had this game locked down.

On the Cavaliers’ final possession of the game, sharpshooter Kyle Guy, launched a three-point shot from the corner that hit the front of the rim and bounced out. It looked like that was it. But Samir Doughty, an Auburn forward, knocked into Guy while he was in motion with his chest, just slightly.

This is the foul that ended the game as Guy calmly stepped to the free throw line and knocked down the first two, survived the wait through a late-game timeout, and then sunk the final free throw to finish the game.

“I could lie to you and say I knew I was going to hit them but I was terrified,” Guy said on CBS after the game. “I had confidence in myself. This is what we dream of.”

Some Auburn fans watching on TV didn’t realize a foul was called on the play, only seeing what they thought was a game-ending miss.

Guy owned the final ticks of the game. Just seconds earlier he stepped up and hit a clutch three to bring the game within a point.

He finished the final seven seconds of the game with six points. He’ll remember those moments for the rest of his life.