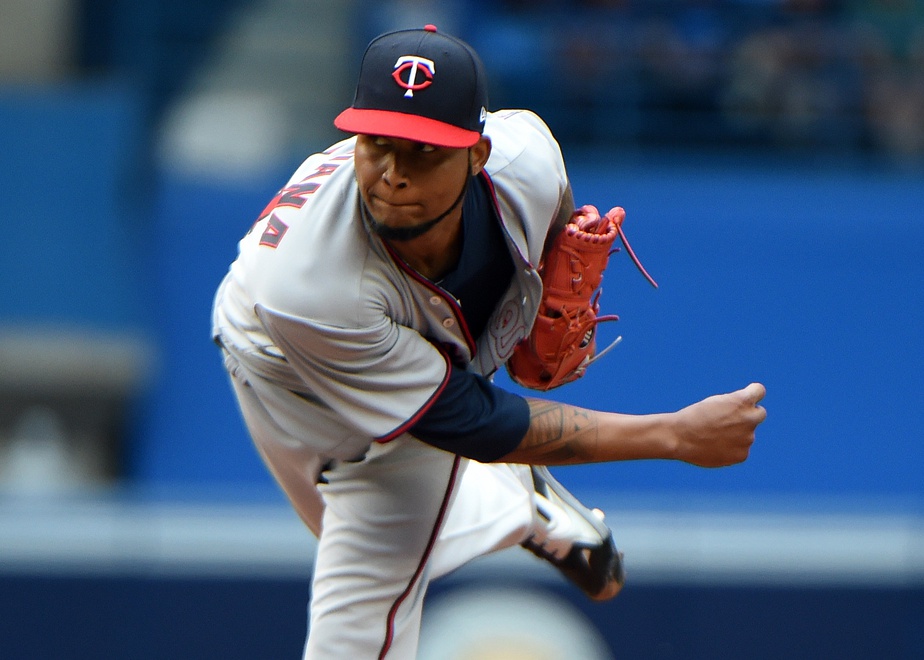 Right-hander Ervin Santana will make his White Sox debut Tuesday with a start against the Rays, James Fegan of The Athletic and Scott Merkin of MLB.com suggest. Santana is not on Chicago’s 40-man roster, but the club has an opening, so a corresponding move isn’t a necessity in that regard. The White Sox did free up a 25-man spot Sunday when they optioned outfielder Ryan Cordell to Triple-A Charlotte, though.

Once promoted, the 36-year-old Santana will immediately become the elder statesman in a White Sox rotation which features Ivan Nova, 32, and three mid-20s hurlers in Carlos Rodon (26), Reynaldo Lopez (25) and Lucas Giolito (24). The former Angel, Royal, Brave and Twin will bring a quality track record to Chicago, having logged a 4.06 ERA/4.26 FIP in 384 appearances (381 starts) and just over 2,400 innings. Santana has also fired upward of 200 frames in six individual seasons, including as recently as 2017, when he turned in a terrific 3.28 ERA in a 211 1/3-inning campaign in Minnesota.

Had that version of Santana shown up last season, he likely would have landed a guaranteed major league contract in free agency over the winter – or the Twins could have exercised his $14MM option for 2019. Instead, Santana suffered through what may have been a career-worst campaign and then sat on the free-agent market for nearly four months before signing a minor league contract with the White Sox in late February. However, the deal did come with a $4.3MM salary in the majors, which is especially high for a minors pact.

A right hand injury limited Santana to just five starts and 24 2/3 innings in 2018, when he registered an atrocious 8.03 ERA/7.94 FIP with a personal-worst strikeout rate (5.84, compared to a lifetime 7.18) against 3.28 BB/9 (versus a career 2.8 mark). Nevertheless, after their rotation was among the majors’ worst last season, the White Sox deemed Santana worthy of an affordable, low-risk accord. Now, a rebound from Santana would be a boon for the White Sox, who have received mixed results from their starters this year. Rodon has been effective in both of his performances, while Nova and Giolito have each posted one solid start and one clunker, and Lopez hasn’t been good in either of his appearances.