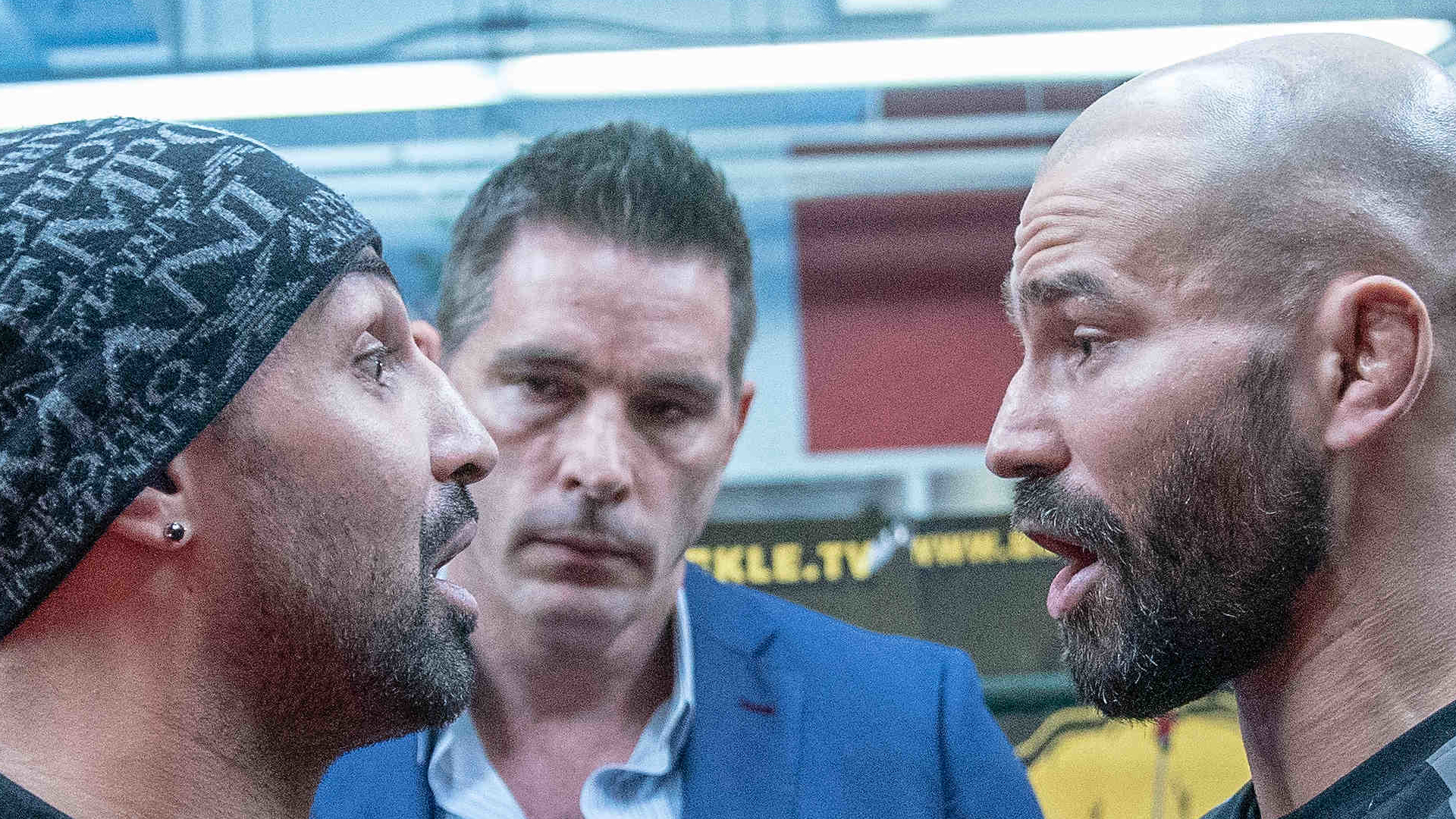 It looks as though Artem Lobov and Paulie Malignaggi will get to settle their feud after all, but laying the groundwork for the fight wasn’t easy for Lobov.

Lobov dropped Knight three times — in the first, second and third rounds — and the third knockdown came from a devastating overhand right in the waning seconds of the third. Although Knight was wobbled and his equilibrium was clearly thrown off as a result of the punch, he still managed to hang tough over the last two rounds and even landed a vicious right hook that rocked Lobov in the fourth round. “The Russian Hammer” responded with an overhand right counter, however. The former UFC fighters entered the final two-minute round with their faces covered in blood.

Although Lobov seemed to be out of gas with Knight getting the best of him during the closing seconds of the bout, it was clear that Lobov had done enough damage, powered by the three knockdowns, to have his hand raised in the circular ring at the end of the night.

“I thought he was gone many times,” Lobov said of the gutsy Knight in the ring after the win. “Tough, tough kid. That was a great fight.”

With the hard-fought victory in hand, Lobov can look ahead to facing Malignaggi in June.

“Let’s do it. He’s a little f—ng p—y that plucks his eyebrows,” Lobov said of Malignaggi. “I’m going to spark him.”

There’s no love lost between Lobov, a friend and stablemate of Conor McGregor, and Malignaggi. McGregor recruited Malignaggi to spar with him in preparation for his August 2017 megafight with Floyd Mayweather Jr. Afterward, Malignaggi alleged that McGregor’s camp doctored photos of their sparring session to make it seem as though McGregor beat up a veteran boxer, Malignaggi, in his own sport. Malignaggi believed McGregor depicted him in inaccurately. Lobov and McGregor’s camp, on the other hand, believed Malignaggi went behind their backs by cozying up to Mayweather after his sparring session with the UFC sensation.

One way or another, you figure that the bad blood will be sorted out, bare-knuckle style, in June. The Lobov-Knight fight showed how brutal bare-knuckle fighting can be.

Here’s how the rest of the Bare Knuckle Fighting Championship 5 went:

Leben made sure to work fast during his Bare Knuckle Fighting Championship debut Saturday night. The former UFC fighter rocked Baesman up against the ropes with a hard left hook before dropping him to the canvas with seven straight uppercuts that went unanswered. Leben was awarded the first-round KO just 25 seconds into the bout.

— There was an interesting moment after Reggie Barnett’s unanimous decision victory over Rusty Crowder in their lightweight semifinal match: BKFC president David Feldman entered the ring and made a stunning announcement, perhaps even setting the tone for the promotion moving forward.

“Bare Knuckle Fighting Championship is a new sport and a brand-new company and we’re here for action,” Feldman announced. “And we want action and we demand action from the fighters. We didn’t get action in that last fight because Rusty Crowder wanted to run; therefore, he’s giving half his purse to Reggie Barnett. Make some noise, Biloxi! This is how we do it at Bare Knuckle — you fight or you don’t get paid.”

?? Owner and President of #BKFC just laid down the law , that due to Rusty Crowder running for the entire length of the fight, rather then bringing the action, he will have to forfeit half his purse to Reggie Barnett Jr! Note to anyone wanting to do BKFC…COME TO FIGHT! ??