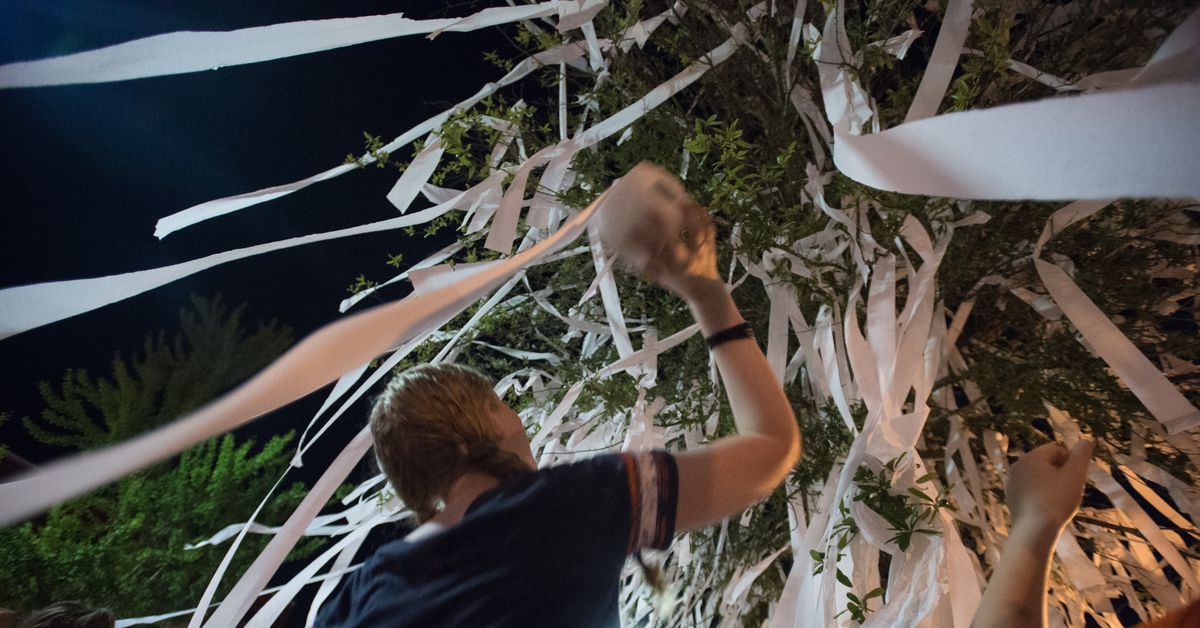 When UVA’s Kyle Guy missed on a three-pointer just before the final buzzer, it had appeared as though Auburn had punched its first ticket to a national championship game in program history. As is tradition following big victories at AU, the students rushed to Toomer’s Corner to “roll” the oak trees that sit there.

Just one problem: A foul had called on that play, Guy had made all three free-throws, and Virginia had won the game.

Here’s the scene at Toomer’s Corner, where Auburn students celebrated joyfully until finally, word got around to everyone that the game hadn’t ended the way it initially appeared:

Those students weren’t the only Auburn fans who wound up celebrating prematurely.

One Auburn student poured beer all over his head in the celebration, not realizing a foul had been called. Tough scene for that guy

That’s a tough enough loss to stomach when you know what’s going on the entire time. Imagine letting yourself reach peak fan euphoria and then having to be brought back down to zero by a friend or someone just standing near you.

T’s & P’s to everyone who TP’d just a little too quickly.