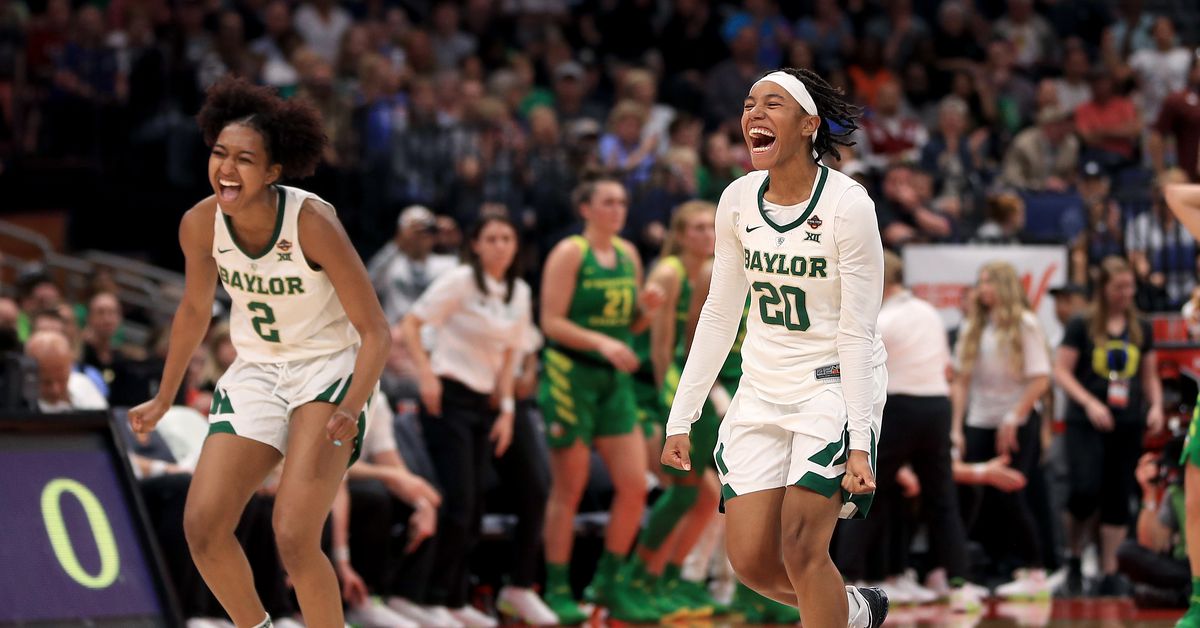 Baylor vs. Notre Dame is about as good a matchup as women’s college basketball fans could’ve hoped for in the championship game of the 2019 NCAA tournament. Two storied programs with legendary coaches and a trio of future 2019 draft picks squaring off — this is going to be good.

For Notre Dame, a game would land the Irish into historical company. Only three other colleges have won back-to-back titles in the women’s tournament. The Connecticut Huskies won four in a row from 2013-16 (Breanna Stewart era), two in a row in 2009-10 (Maya Moore era), three in a row from 2002-04 (Diana Taurasi era), the Tennessee Volunteers won in 2007-08 (Candace Parker era) and 1996-98 (Tamika Catchings and Chamique Holdsclaw era), and USC won in 1983-84 (Cheryl Miller era.)

Final Four hero Arike Ogunbowale, who hit the game-winning shots in both the Final Four and championship game last season, looks to add her name to that list.

For Baylor, this will be about head coach Kim Mulkey joining the elites to win three national titles (2005 and 2012.) The last time Mulkey and the Bears won it was with Brittney Griner, who led the Baylor team to a perfect 40-0 season. This season won’t be as perfect, but a pair of bigs — 6’4 Lauren Cox and 6’7 Kalani Brown — could yield the same ultimate result.

1. Arike Ogunbowale is the most clutch college basketball player of all time

Ogunbowale averages 21 points, four rebounds and four assists to lead Notre Dame, and quite simply, good things happen when she has the ball.

Remember when she hit THIS shot to win her 2018 Final Four matchup?

Followed by this one to win the championship game two days later?

ARIKE OGUNBOWALE DOES IT AGAIN!!!

After hitting the game winner against UConn in the semi-finals, she hits the game winner in the finals and Notre Dame are National Champions! #ThisIsApril pic.twitter.com/r4Zv1RcQW3

Brown is a 6’7, physical scorer in under the rim who no team has been able to stop. She’s averaged 15 points on 62 percent shooting on the season with eight rebounds. To beat Oregon in the Final Four, she scored 22 points on 12 shots with seven rebounds.

3. Brianna Turner is BACK

Turner had to sit the entire 2017-18 Notre Dame title season to rehab an ACL injury, and she’s come back as an incredible rim protector. The 6’3 big averages 14 points, eight rebounds and three blocks per game. To beat UConn, she put up 15 points with 15 boards and five blocks.

None better than this game-winning swat:

“My only mindset was that UConn’s season was gonna end tonight,” she told ESPN’s Holly Rowe after the game.

The Notre Dame head coach broke out the Irish jig after beating UConn:

And it became a meme:

5. These are two of the best teams in the country

The championship game will be at 6 p.m. ET on Sunday, aired on ESPN.