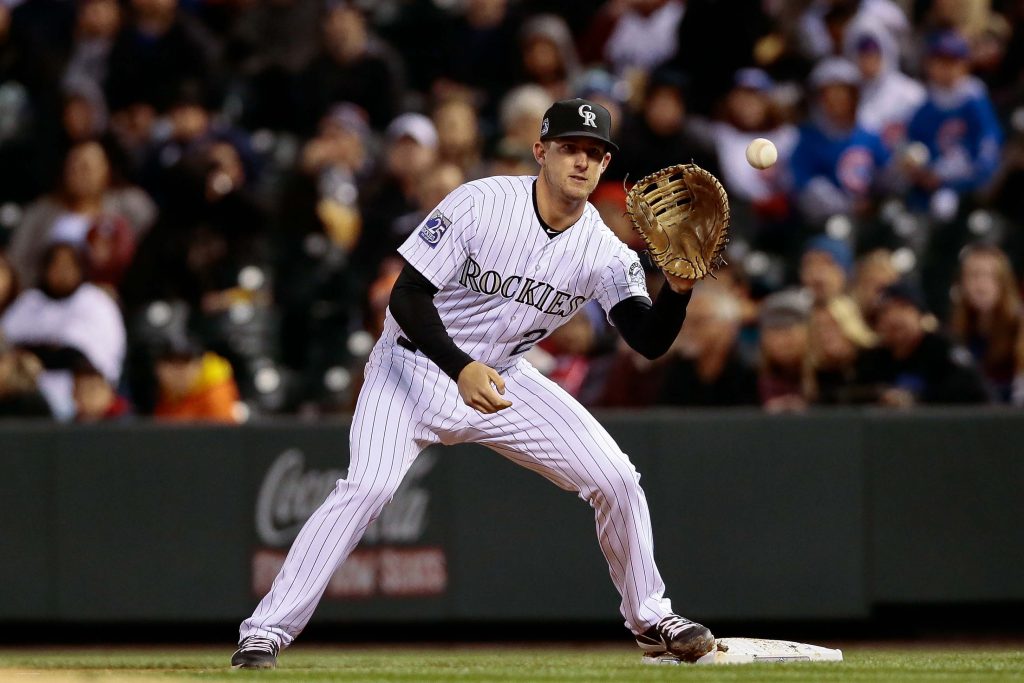 The Rockies have placed infielder Ryan McMahon on the 10-day injured list due to a left elbow strain, as per a team announcement.  Infielder Josh Fuentes has been called up from Triple-A to take McMahon’s roster spot.

McMahon has been in the starting lineup for seven of Colorado’s eight games as either a first baseman or second baseman, getting more time at first base since Daniel Murphy hit the IL.  There hasn’t been much production yet for McMahon (.200/.310/.280 over 29 PA) as the former top prospect is still looking to break through at the Major League level.  McMahon has only a .661 OPS in 255 PA for the Rockies over the last three seasons, though the team was hoping McMahon could take that next step in more of a regular role this season.  McMahon and Garrett Hampson were expected to split time at second base in the wake of DJ LeMahieu’s departure.

With both Murphy and McMahon now sidelined, Mark Reynolds, Pat Valaika, and Fuentes are likely to handle the bulk of the time at first base until McMahon is back.  There hasn’t yet been any indication about the severity of McMahon’s injury, though it seems reasonable to assume he’ll return before Murphy, who isn’t expected back until May.

Fuentes’ promotion caps off his unlikely rise through the Rockies’ farm system.  After going undrafted, Fuentes signed on with the Colorado organization as a minor league free agent and proved his value, hitting .300/.349/.477 over 2034 PA in the minors.  This included a big 2018 season that saw him named as both the MVP and Rookie Of The Year in the Triple-A Pacific Coast League.  With extensive experience at both first base and third base, Fuentes also provides some extra backup at the hot corner for his cousin, Rockies superstar Nolan Arenado.