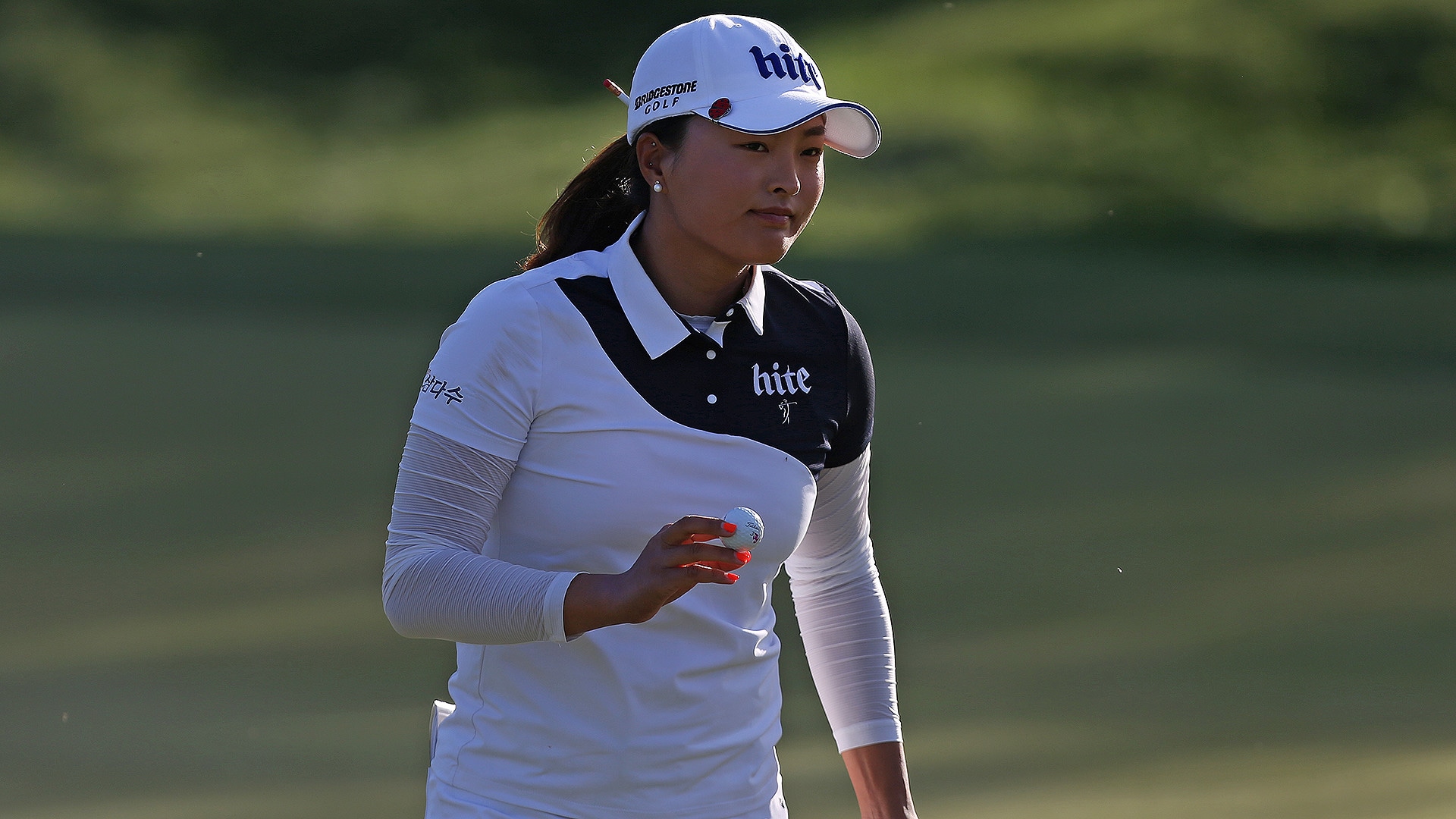 RANCHO MIRAGE, Calif. – Jin Young Ko turned a four-stroke deficit into a five-stroke lead in only 10 holes Saturday at the ANA Inspiration. She nearly gave it all back, setting up a final-round shootout in the first major championship of the golf season.

Ko ended up with a one-shot advantage over second-round leader In-Kyung Kim, shooting a 4-under 68 in unexpected calm conditions at tree-lined Mission Hills to reach 8-under 208.

Kim birdied the par-5 18th for a 73, giving herself a chance to win the event seven years after missing a 14-inch putt on the final hole of regulation and losing to Sun Young Yoo on the first hole of a playoff.

Four strokes behind fellow South Korean player Kim entering the round, Ko walked off the 10th green with the five-shot lead after a quick three-stroke swing. Ko holed a 25-foot birdie putt on the par-4 10th minutes after Kim snap-hooked a drive into the right-side trees and made a double bogey on the par-5 ninth.

Kim rallied to birdie the 10th, her first birdie of the day after making eight of them in a second-round 65, and pulled within two strokes when Ko hit into the water short of the green on the par-3 14th and made a double bogey of her own.

The 23-year-old Ko won the Founders Cup two weeks ago in Phoenix for her third LPGA tour title and leads the money list. She tied for second last week in Carlsbad for her fourth top-three finish in five events this year.

The 30-year-old Kim struggled with the 2012 loss at Mission Hills before finally ending a long victory drought late in 2016. Her confidence restored, she won three times in 2017, capped by a major victory in the Women’s British Open.

Ko played the front nine in 5-under 31. She birdied the par-5 second, ran in a 40-foot birdie putt on the par-4 fourth and tied Kim for the lead at 7 under with an 8-footer on the par-3 fifth. Ko pulled ahead with a birdie on the water-guarded sixth, driving inches short of the rough a few feet short of the pond fronting the second tongue of fairway and hitting a 9-iron to 6 feet. She increased the lead to two shots with a birdie on No. 9, hitting a wedge to 6 inches.