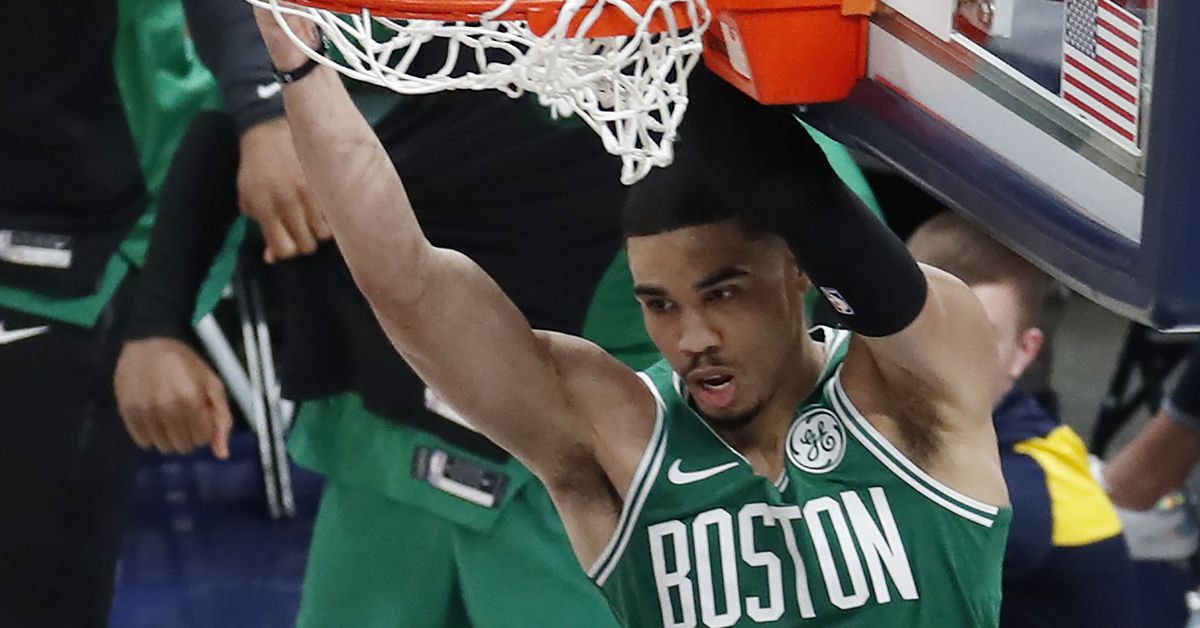 1. It’s been a pretty good week for the Celtics. They beat the Pacers twice and the Heat twice, dropping only a game against the Nets where Boston rested some key players. Over the course of the good week, the Celtics clinched the tiebreaker over the Pacers. One more win by Boston, or one more loss by Indiana, and the Celtics will have homecourt advantage in the first round of the Eastern Conference Playoffs.

Also, sneakily, the Celtics are now just 1.5 games behind the 76ers for the third seed. While the season hasn’t gone the way many expected, Boston has hit their stride at exactly the right time.

2. The Celtics dominated the Pacers in almost every facet of the game. About the only flaw in this game for Boston was that Indiana grabbed 10 offensive rebounds. That was a problem the last time these two played as well. It’s something to keep in an eye with the high likelihood that these two will meet in the playoffs.

3. On the other end of the floor, Boston got great shots all game. The ball was moving great, with 27 assists on 48 baskets. Six Celtics hit double-figures in points. All-around, it was as good an offensive performance as Boston has had.

4. A big part of the offensive resurgence for the Celtics has been Gordon Hayward. He finished with 21 points on 9-for-9 shooting from the floor. This marked Hayward’s seventh straight game with 11 or more points. During that stretch he’s shooting 58.8 percent from the field and 87.9 percent at the free throw line on almost five free throw attempts per game.

Taking it back a little further, outside of a bad game against the Clippers and a game where he left after one minutes against the Hawks, Hayward has been playing great for a month now. It’s safe to say he’s playing his best basketball as Celtic, and not a moment too soon.

5. Staying with Hayward, these kinds of plays where Al Horford rebounds, hits Kyrie Irving with the outlet, and Irving finds the streaking Hayward for the buzzer-beater are the sorts of plays Boston envisioned after completing the trade for Irving in 2017:

6. Another big part of the Celtics offensive success as of late has been Jayson Tatum staying aggressive. Irving, Hayward and Horford are all keys, but Tatum is a better fourth scorer than almost any other team in the NBA can offer up. His aggressiveness helps bridge those periods where Boston had been suffering from scoring droughts. On this play, you can see how Tatum’s patience has improved and aids him in scoring. He used to come off a screen, like he does here from Aron Baynes, and pick up the ball for a shot or pass after one or two more dribbles at most. Here, Tatum keeps his dribble alive to create the space for the jumper:

7. These are the kinds of attacking plays off the bounce that Hayward has been making as of late. This should also help free him up for jumpers, as defenders now have to respect his drives to the basket.

8. One minor rotation tweak from Brad Stevens: He kept Horford on the floor longer, and subbed Baynes out early. This is a flip-flop from recent games. It says two things: First, Horford is feeling good enough to play longer stretches. That’s important for a lot of reasons, which we’ve covered in length in this space.

9. One fun one to close with from Tatum. He has a layup in transition, but you can almost see him slow down and say “I’m gonna have some fun here!” and then he hammers one home to put an exclamation point on the win for Boston: