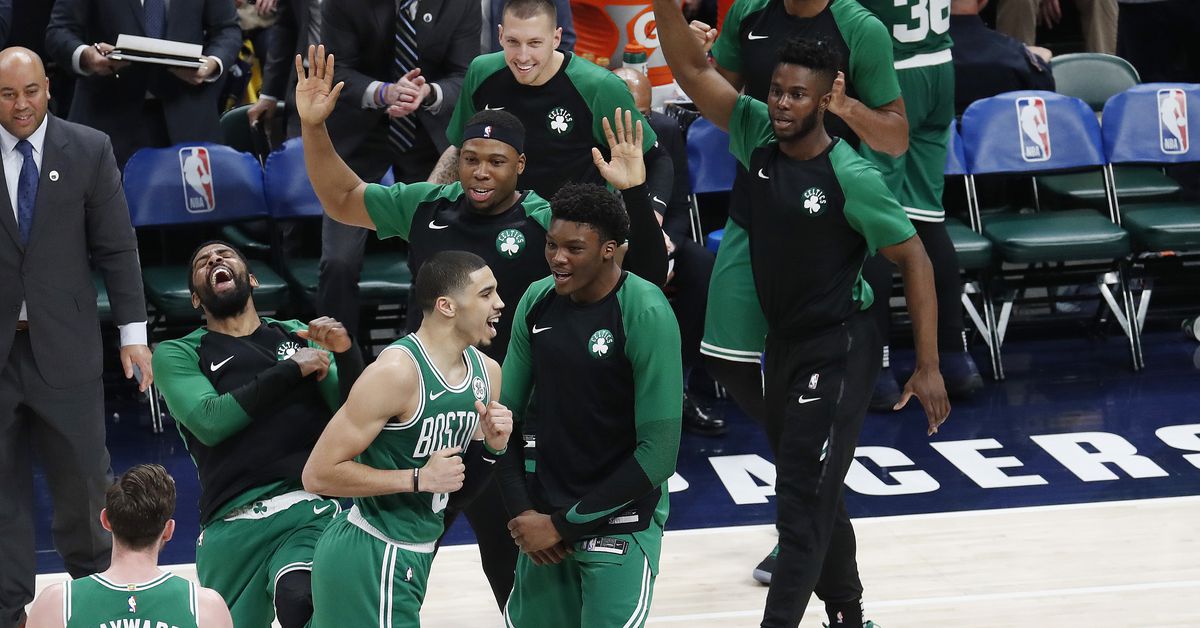 The Boston Celtics dominated the Indiana Pacers on Friday night. The 117-97 victory sent an emphatic message to their likely first-round playoff opponent: when Boston is firing on all cylinders, watch out. Such has been something of a rarity for the Celtics this year.

Boston has drastically underperformed relative to its expectations. Even if the Celtics win their final two games, they’ll finish with 50 wins, a five game drop from last year’s beloved outfit, a regular season record that pales in comparison to the team’s top-tier peers in the Eastern Conference and falls short of the anticipated gains that incorporating Gordon Hayward and developmental leaps from Jaylen Brown, Jayson Tatum, and Terry Rozier were meant to provide.

Boston’s assumed ascension to becoming a true title contender was never entirely fair, particularly when it became clear that Hayward was as far from returning to form as he was. But the current campaign hasn’t just been a case of poorly placed expectations. The Celtics have been infuriatingly inconsistent, and at moments, outright bad.

None of Boston’s younger players have consistently demonstrated meaningful progress in their individual games. Kyrie Irving’s adventures in assuming leadership have been a mess. Everyone’s effort has waxed and waned aggressively (excluding the always psychotically competitive Marcus Smart). And yet on Friday night in a critical game, none of it seemed to matter.

Hayward played like an All-Star. Irving was as unguardable as ever. Marcus Smart defended like a maniac, and the whole team fell in line behind him. Al Horford was good at everything AND got a shoutout for having beautiful eyes from our friends at NBC Sports Boston after the game. All was right with the world.

When Jayson Tatum threw down a monster dunk in transition in the middle of the fourth quarter, the Celtics’ bench erupted with joyousness, and if only for one moment, Boston appeared invincible.

The victory is the Celtics’ fifth in six games, a stretch that has included both ugly and beautiful wins, and that has been just convincing enough to make one wonder if Boston is peeking at precisely the right time. With only two games remaining in the regular season, it’s possible that the Celtics have flipped the switch just in time for the playoffs. But to buy into such a notion doesn’t do justice to the the basketball Boston has played this year.

Boston’s improved play heading towards the postseason is worth noting regardless. The Celtics’ collective coalescence to a higher plane of basketball is the first step toward flip-switching status, and would net the team the same result in terms of playoff performance. Perhaps this all sounds like semantics, but defining the difference matters here. Boston has been bad enough often enough that it doesn’t deserve the benefit of the doubt that flip-switchers warrant.

It’s possible that the Celtics late season hot streak is just the result of a handful of favorable match ups. Boston has beaten the Pacers, Heat, and Cavs in its recent stretch of success, none of which strike the fear into hearts of opponents. Wins are wins though, and the Celtics needed every one of them.

Boston has the capacity to be a nightmare on both ends of the court, with enough versatility and skill to win in a slugfest or a track meet. They’ve shown an ability to play to their potential on numerous occasions this year, only to disappoint immediately after. One need not look any further than the four-game losing streak that precipitated the current stretch of success.

Maybe this will be the time that the Celtics prove to have made meaningful progress. Maybe they’ll continue show flashes of brilliance only to follow them up by laying eggs. We’ll find out soon enough.