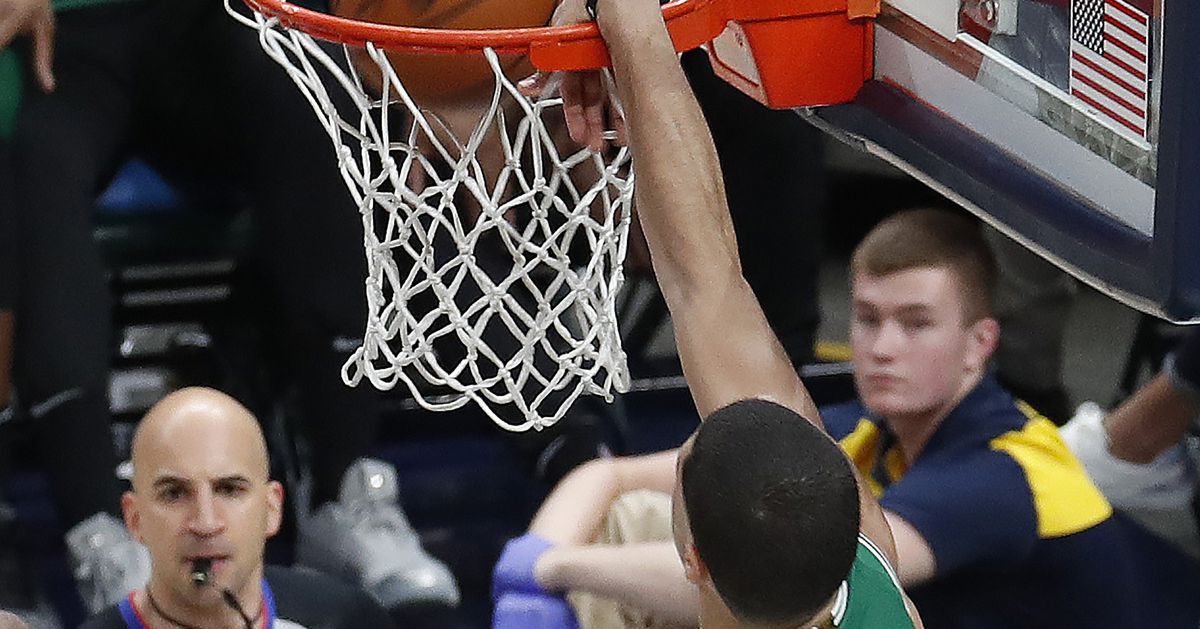 In a matchup that could go a long way towards deciding homecourt advantage in the first round of the Eastern Conference playoffs, the Boston Celtics destroyed the Indiana Pacers 117-97. The victory clinched the season series for Boston with a 3-1 head-to-head advantage over Indiana. One more win for the Celtics, or a loss by the Pacers, will clinch the fourth seed in the East for Boston and homecourt advantage in the first round.

The Celtics were led by Gordon Hayward, who is playing his best basketball of the season at exactly the right time for Boston. He scored 21 points on 9-of-9 shooting from the floor. Hayward hit a variety of jumpers and layups off aggressive drives to the hoop.

It was a great shooting night overall for Boston, as the Celtics shot over 52 percent from the field as a team. Al Horford and Aron Baynes each shot 5-of-8 and scored 11 points. Jayson Tatum scored 22 for the Celtics and Kyrie Irving added 17. Marcus Morris was the sixth Celtic in double-figures, with 11 points of his own.

Indiana had seven players hit double-digits in points, but none with more than Myles Turner’s 15 points. Marcus Smart locked down the Pacers leading scoring Bogdan Bogdanovic, holding him to just 1-of-8 from the field and four points. Overall, Indiana hit just over 41 percent of their shots from the floor.

About the only things that went wrong for Boston were on the injury/illness front. Terry Rozier left the game at halftime, as he was dealing with an illness. In the fourth quarter, Baynes had to leave the game after tweaking his left foot or ankle. He remained on the bench for the entirety of the game, so it may not be as bad as it looked on the floor.

The Celtics will next play on Sunday against the Orlando Magic, in the final home game of the regular season for Boston.