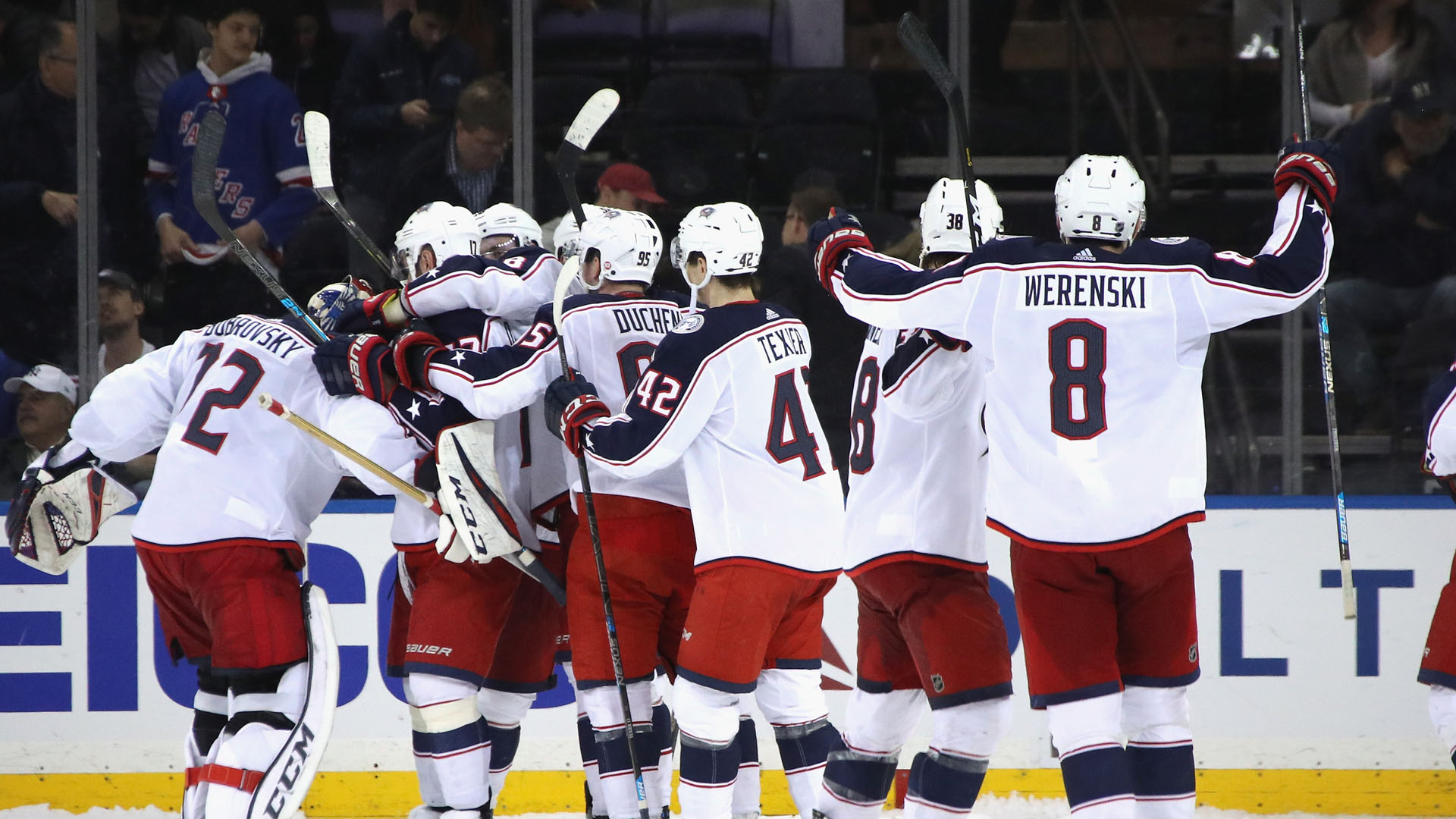 The Blue Jackets have locked up the final playoff spot in the NHL, but they were close to losing it — too close.

In Columbus’ 3-2 win over the Rangers on Friday, the Canadiens were eventually eliminated from playoff contention but for about five minutes and six seconds they had renewed hope.

The Blue Jackets thought they had the spot locked up after a dramatic comeback in the third period. But down 1-0 entering the final frame, Columbus got goals from Ryan Dzingel and Artemi Panarin which put the team up 2-1 for the final moments.

The game was all but over as the lead stretched into the last minute.

The Rangers pulled their goalie to grab a one-man advantage and make a last-gasp push to send the game to overtime.

Buchnevich fired a shot from the left side on net and hit the underside of Sergei Bobrovsky’s left pad. The puck sneaked into the back of the net to tie the game, 2-2.

For just a moment the Rangers had a chance, and the Canadiens were looking at the possibility of Columbus only grabbing one point and keeping Montreal’s playoff hopes alive. It was improbable and incredible and the kind of theater which makes the NHL playoffs, and playoff push for that matter, some of the best entertainment in sports.

Unfortunately for Montreal, it was not meant to be.

Neither team was able to score in the overtime period and Panarin put in a shot during the shootout to lock up the win, and the playoffs, for the Blue Jackets.

While the Blue Jackets have locked up a playoff spot, their postseason fate is still to be determined. The team is likely to play the Capitals in the first round, but if Columbus is to win its final game and Carolina loses its matchup, then the Blue Jackets would face the Lightning and the Hurricanes would take on the Caps.

Neither scenario is great, but being in the playoffs is what general manager Jarmo Kekalainen wanted when he acquired Dzingel and Matt Duchene from the Senators.

Columbus has a chance now, it’s just a very challenging one.