They needed Lawrence because as they found out after releasing DeMarcus Ware after the 2014 season, “war daddies,” as Cowboys owner Jerry Jones affectionately calls pass-rushers, do not grow on trees. And so they did, agreeing to a five year, $105 million deal with $65 million guaranteed, according to a source.

The Cowboys traded up in the second round with an NFC East rival, the Washington Redskins, to take Lawrence with the 34th overall pick in 2014. The move did not pay immediate dividends — Lawrence did not have a regular-season sack as a rookie, but he led the team in sacks in 2015, struggled with a back injury that required two surgeries in 2016, and recorded a combined 25 sacks in 2017 and ’18.

DeMarcus Lawrence totaled 25 sacks over the past two seasons. Only three players had more in that span. Matthew Pearce/Icon Sportswire

The Cowboys were not going to find Lawrence’s replacement in the draft, even if they had a first-round pick this year. Rookie pass-rushers almost always need time to develop and the Cowboys are not in a position to wait.

Not all of the deals worked out perfectly. Not every decision to let other players walk was correct either. The Cowboys do not want to play in the deep end of the free-agent pool. The risk is too great. They want to know what they are buying, and with a player’s track record they can make better assumptions.

It’s more than that. Lawrence had two surgeries in 2016. The first back surgery did not correct a disk issue. He could have shut it down that year but opted to keep playing even though it was obvious he was not the same player. He sat the final three regular-season games to be ready for the playoffs that year.

What message would the Cowboys have sent to the rest of the locker room if they let Lawrence walk or play another year on the franchise tag. Especially after proving 2017 was not a fluke with a second straight Pro Bowl appearance? Some would have pointed to the fact he played hurt and the Cowboys turned their back when it came time to reward him. 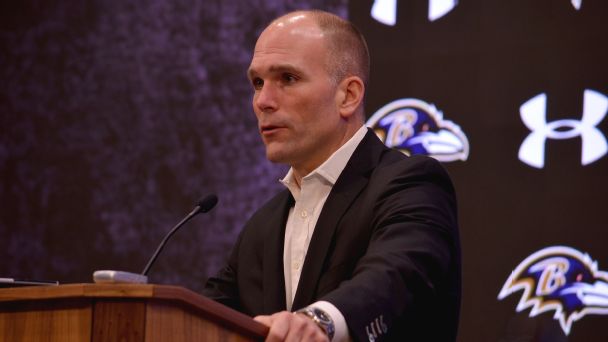 Mostly, however, the Cowboys needed Lawrence because of what Jones yearns for most: another Super Bowl. The drought is entering its 24th year. There has been a generation of fans who don’t know what it feels like to see the Cowboys win a Lombardi Trophy. All they know is the team’s long-ago-championship glory and a glitzy, $2 billion stadium.

The Cowboys would not have been a better team without Lawrence. Without the extension, no one exactly knows when he would have had shoulder surgery or reported to play for a game. He wasn’t showing up for the offseason program or training camp. Maybe he would have reported Week 1, but what kind of shape would he have been in?

When you look at the additions the Cowboys have made in the offseason, individually, they do not move the needle. Bringing back Witten, signing Randall Cobb and trading for Robert Quinn, they added pieces to the collective. They mean much more because Lawrence has a long-term deal.

The Cowboys needed Lawrence for one simple reason: He makes them a Super Bowl contender.