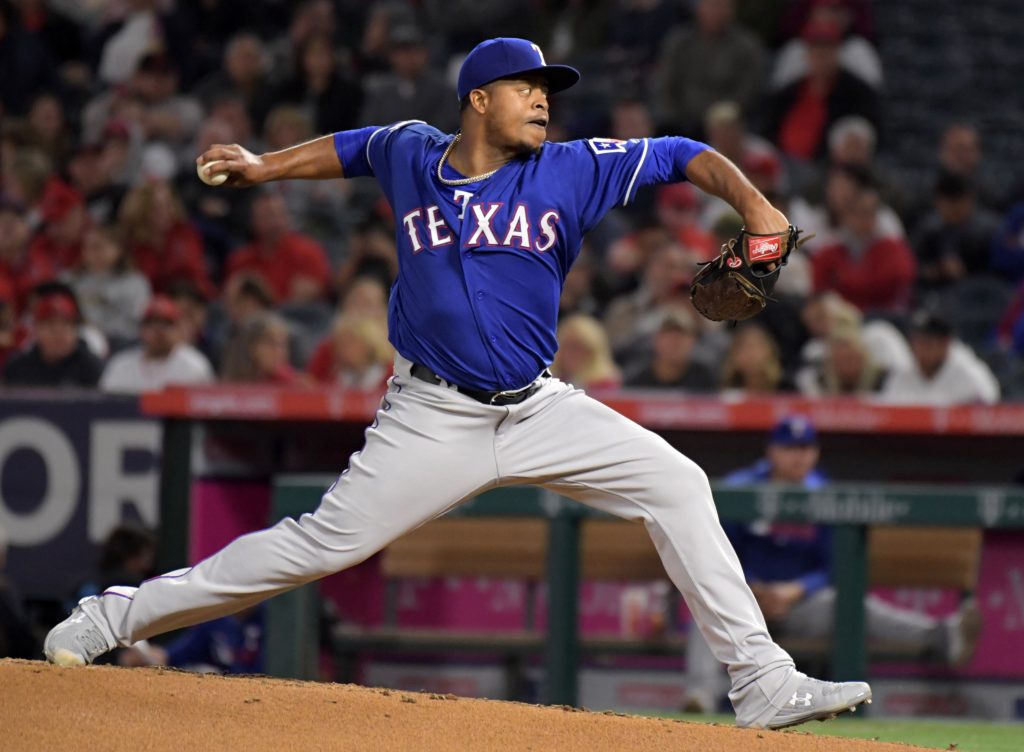 The Rangers announced today that righty Edinson Volquez has been placed on the 10-day injured list with an elbow sprain. He’ll be replaced on the active roster by southpaw Kyle Bird, who had recently been optioned down.

It’s not yet clear how severe the injury is, but it’s an obvious red flag for a pitcher that is only just returning from his second Tommy John surgery. The 35-year-old missed half of 2017 and all of 2018 after tearing his ulnar collateral ligament. He signed a two-year deal with the Rangers last spring in anticipation of providing some solid innings in 2019.

Unfortunately, Volquez has only made it through two rough starts before hitting the shelf. He has struggled to open the year, coughing up eight walks and six earned runs in his 7 2/3 innings. He’s earning $2MM this year.

Bird will boost the pen depth for the time being, but the organization will need to find a replacement starter. Adrian Sampson seems the likeliest option. The team is otherwise light on obvious options, with just two other 40-man hurlers — Ariel Jurado and Joe Palumbo — who have some MLB experience.