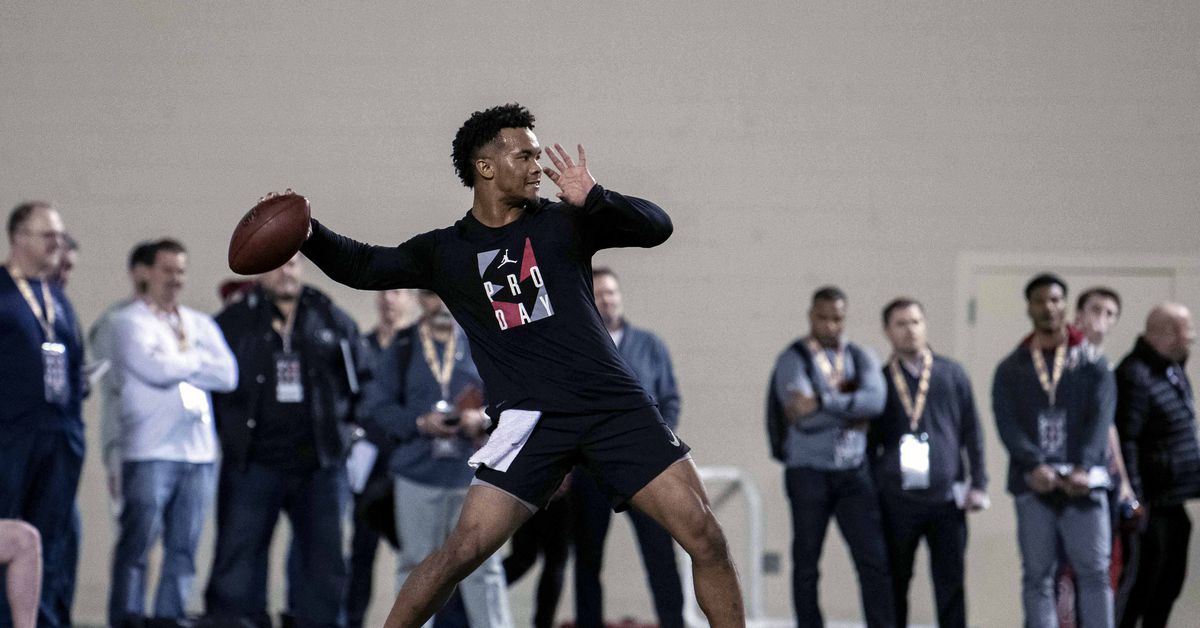 Most of the free world that follows American football thinks former Oklahoma quarterback Kyler Murray will be the No. 1 overall pick in the 2019 NFL Draft. SB Nation’s mock draft database features 97 mock drafts and, currently, 92 percent of them send Murray to the Arizona Cardinals. SB Nation is in the process of running through a blogger mock draft, and our Cardinals blog went with Murray as their choice.

Contrarian opinions are growing more difficult to find, and it is showing up in betting odds for the top pick. On March 5, the Westgate SuperBook starting posting odds on the No. 1 overall pick. They installed Murray as the 5-7 favorite, followed by Ohio State edge rusher Nick Bosa at 5-4, Alabama defensive tackle Quinnen Williams at 7-1, and Kentucky edge rusher Josh Allen at 8-1.

In many instances where it’s such clear odds, it can still be some relatively easy (albeit small) money. In the case of the 2019 NFL Draft and the Arizona Cardinals, I’m not so sure this is quite the free money people might be thinking.

We’ve heard extensively about Kliff Kingsbury’s love for Kyler Murray, but the team still has 2018 first-round pick Josh Rosen on the roster. By all accounts, they’ve received calls inquiring about Rosen but have not proactively sought out offers. Additionally, the team is reporting to their offseason workout program on Monday, April 8, and Rosen is expected to be in attendance.

None of this means the Cardinals definitely will stick with Rosen, but Murray’s odds are way too short with this kind of uncertainty. And that means your best bet is to fade Murray. Bosa and Williams have consistently been considered top-five picks, and prior to Murray’s emergence, both had gotten some run in the top spot. You can make arguments for both players, but Bosa strikes me as the best bet for fading Murray. However, if you bet equal amounts on Bosa and Williams, you’re guaranteed a profit if either goes No. 1.

The bigger wild card than the Cardinals trading Rosen is the Cardinals trading the No. 1 pick to another team looking for a quarterback. The New York Giants, among others, have been connected to Ohio State’s Dwayne Haskins. It seems unlikely they move up that high for Haskins, but someone might be comfortable making the move to draft Murray. If that is a concern, waiting a couple weeks likely would not cost you in the odds, and would get you closer to knowing if the Cardinals might deal the pick.

In the meantime, think long and hard about investing a few bucks in Bosa and/or Williams as the No. 1 pick. We’ve reached the point where Murray has virtually no value as a betting option, so why not fade the market?