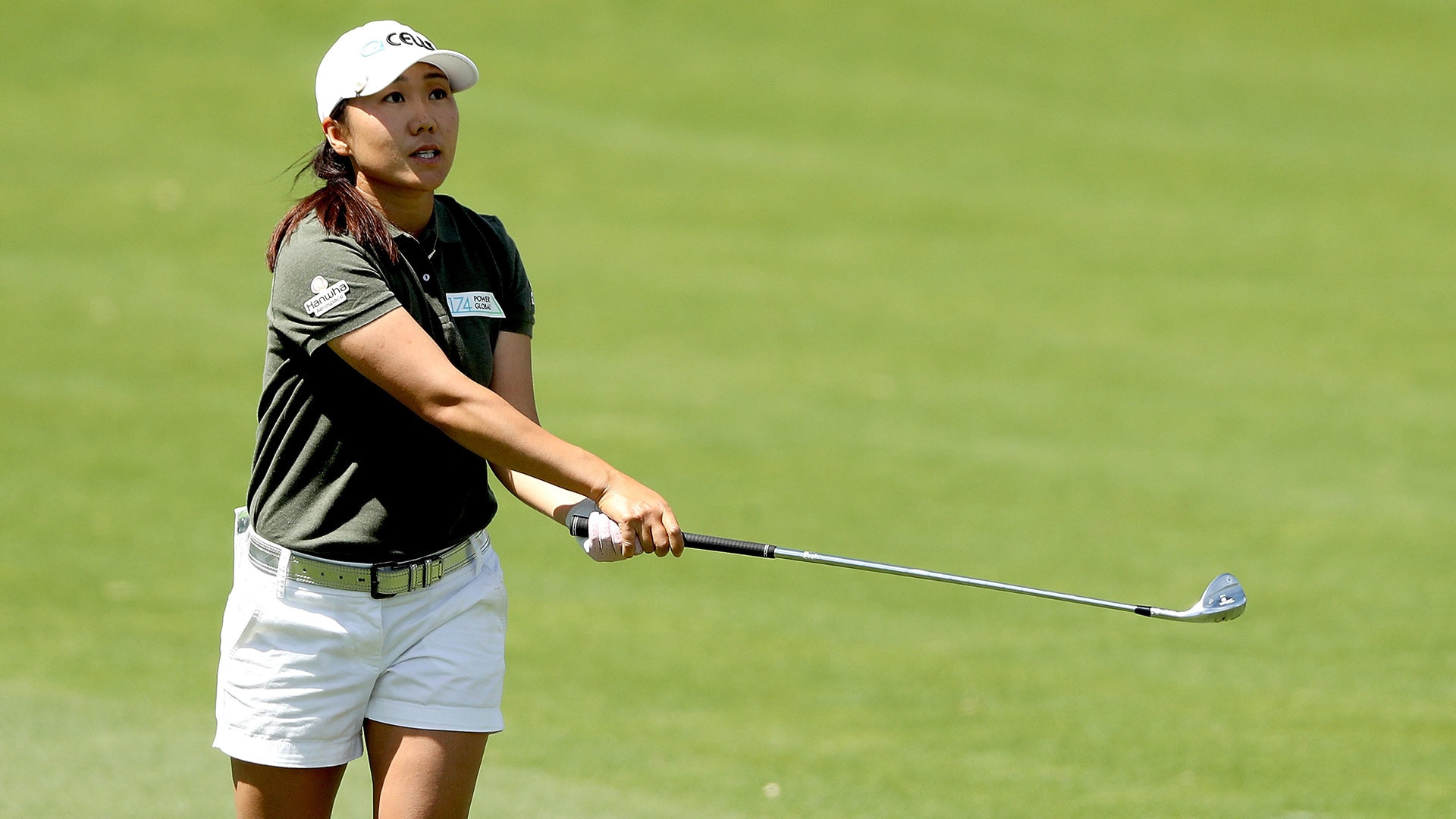 When she won the Women’s British Open, she put to rest the question of whether she would ever get over the agonizing way she lost the Kraft Nabisco in 2012 and be able to win her first major championship.

She did so in such elegant fashion, refusing to flinch while holding off a hard, late charge from Jodi Ewart Shadoff.

There are no demons to slay in her return to the top of the leaderboard at the Mission Hills Dinah Shore Course, where missing that 14-inch putt no longer haunts her.

The question is whether she feels as if there’s any unfinished business here.

That’s what she was asked after a 7-under-par 65 Friday put her in sole possession of the lead.

“Every passage of life has meaning to it and serves some purpose to it, so I’m just here doing my best,” Kim said. “I’ve done some pretty good work over the winter. I just want to see what happens.”

Kim made us all want to see what happens after her second-round charge up the leaderboard.

The Women’s British Open victory was an inspiring story, and winning the ANA Inspiration could be even more uplifting.

Those who watched Kim struggle in the aftermath of that Kraft Nabisco heartbreak know how difficult her demon memory was to slay. It made her triumph that much more meaningful. It also made it that much more emotional.

“I was in tears when she won in Scotland,” said Vision 54s Pia Nilsson, who teamed with Lynn Marriott to work with Kim in the aftermath. “It was so beautiful.

“The storage of that memory, and the effect it had on her was profound. She couldn’t get away from it. Winning the Women’s British Open was like a culmination of a couple years of hard work, learning new skills to manage herself and build her confidence.”

Lanny Bassham, the former Olympic gold medalist sports shooter and now a mental management coach, was moved, too. After Kim won at Kingsbarns, she credited Vision 54, Bassham and former NASA specialist Mathew Park for helping her learn to be “compassionate and gentle” with herself and to “let go” of unhealthy self-loathing and regret.

That’s gets at the heart of what matters to Kim, Bassham said. The failure took Kim to deeper places in their work together.

“She’s maturing not just as a player, but as a person, “Bassham said. “She’s just as interested in being a better person as she is a better player.”

So Yeon Ryu, who grew up playing with Kim, sees that.

“She’s a smart girl,” Ryu said. “I think she found her way through all of that. She went about improving herself. She went to another level, not just in golf. I really feel like she is really enjoying her life.”

Kim might be a philosopher at heart. Her answers so often veer deeper than questions intend.

“Winning is great,” she said after Friday’s round. “But, for me, as an athlete, you want to see some progress in your game. That’s what I’m focusing on at the moment. That gives me joy. So, anything else is really just a bonus, an extra.”

Kim’s enjoying the game again, too. She has won four times since that Kraft Nabisco loss. She won three times in 2017. She made the South Korean team at the International Crown last year, helping the team to win the title for the first time.

A back and hip injury plagued her last year, so she cut back her schedule and took a long off season to heal and strengthen her body. She looks like she’s in mid-season form now.

“I’m just coming out here, trying to be present as possible, and have more understanding of the game,” Kim said. “That’s the reason I’m here.”

If there’s unfinished business here, we might not know until late Sunday.