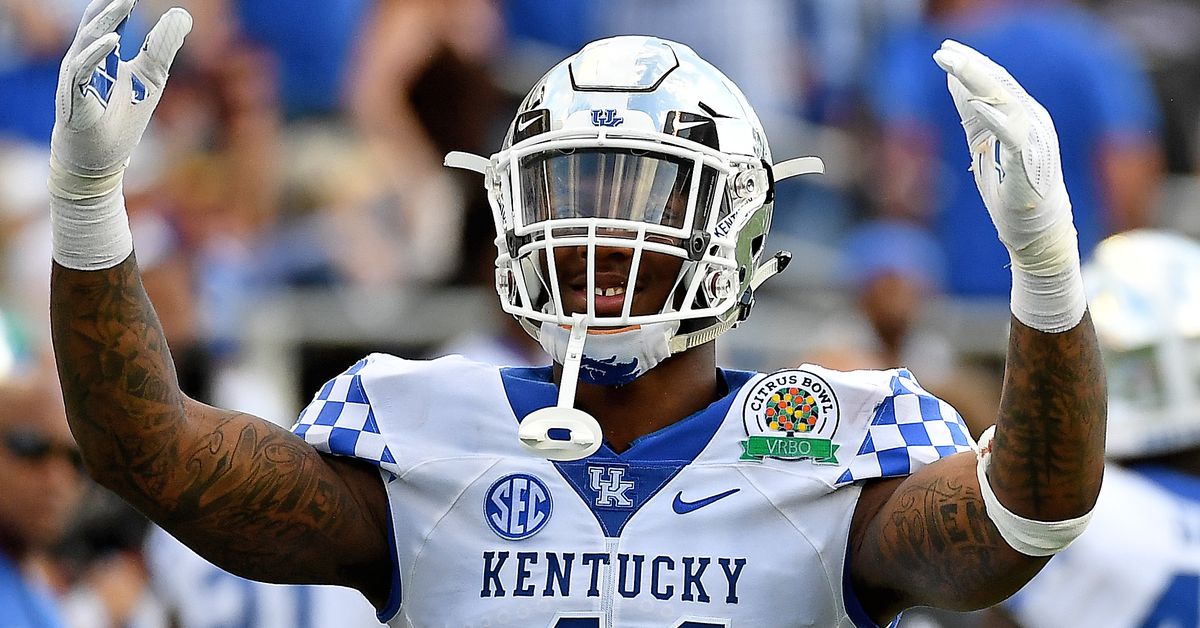 Our final pick of the day in the 13th annual SB Nation NFL writers’ mock draft belongs to John B of Gang Green Nation and the New York Jets.

This year marks the fourth year out of five where the Jets have a pick in the top six of the draft. It’s not a good look for general manager Mike Maccagnan, who somewhat surprisingly held onto his job after the Jets finished 4-12 last season. Maccagnan got aggressive in the lead up to last year’s draft, trading up from the sixth pick to the third to get quarterback Sam Darnold.

Maybe getting a franchise quarterback is ultimately what spared Maccagnan his job. He’s remained aggressive this offseason, acquiring several veterans. The Jets have added running back Le’Veon Bell, wide receiver Jamison Crowder, and guard Kelechi Osemele on offense. New York also spent big on linebacker C.J. Mosley. Still, the Jets have a need in the front seven for players who can pressure the quarterback, from both the inside and outside.

That need is satisfied with the third overall pick in our mock draft.

John B: With Nick Bosa off the board, this became an obvious pick. The Jets haven’t had a consistent edge rusher since trading John Abraham to Atlanta 13 years ago. Allen projects as a high-end pass rusher. The next best option was likely Alabama defensive tackle Quinnen Williams, but positional value wins out in this case.

Analysis: Allen over Williams isn’t quite as obvious to me. While Allen may win in positional value, Williams wins in pure overall grade. In not taking Quinnen Williams, the Jets would be banking on former first-round pick Leonard Williams bouncing back and also re-signing when his contract is up at the end of the season. There’s not much wrong with taking Allen, though. Don’t forget, the Jets nearly signed Anthony Barr this offseason. He’s the player Allen most often gets compared to.

That does it for the first three picks in the 13th annual SB Nation NFL writers’ mock draft. We’ll be back on Monday with picks for the Raiders, Buccaneers, and Giants. One of those picks might knock you for a loop.

What grade do you give the pick of Josh Allen by the New York Jets?