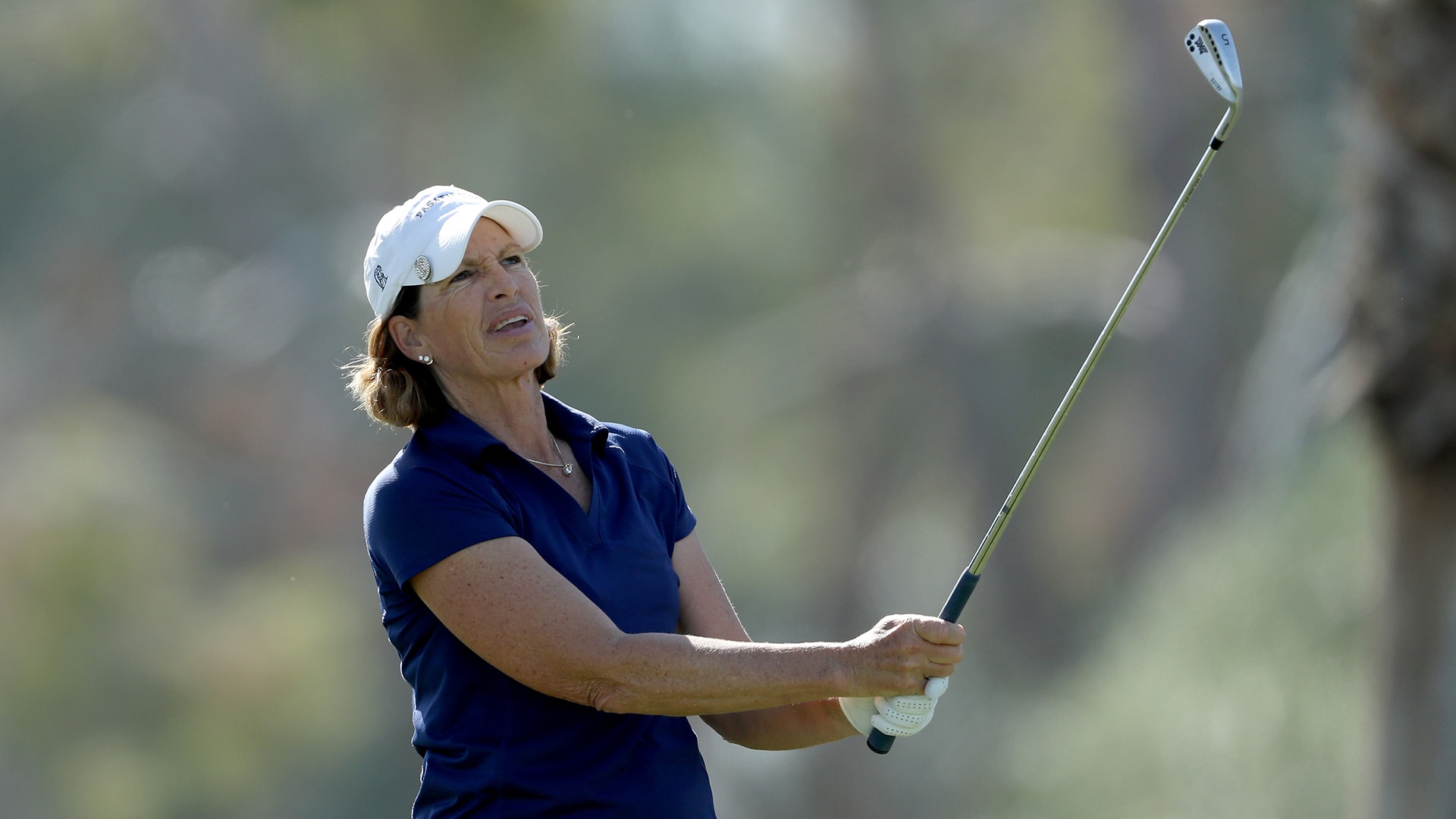 As a rookie back in 1984, she birdied the final hole of regulation to force a playoff with Pat Bradley, who was already a dominant star, and then she beat Bradley in a playoff.

Inkster was 23, and it was the first of her seven major championship victories.

Friday at the ANA Inspiration, formerly the Dinah Shore, Inkster closed her round with another birdie, finishing up a 75 at the end of the morning wave. She missed the cut.

With no fanfare, this popular Hall of Famer quietly closed out her career in this event, telling Golf Channel’s Judy Rankin and Terry Gannon as a guest on the TV telecast that it was likely her last appearance in the championship.

Inkster, 58, bowed out of the ANA Inspiration with a little memory of her own to embrace, a nice quiet birdie. She closed out on the ninth hole, not over at the 18th, with its royal Walk of Champions, where Inkster’s two titles are commemorated among the plaques in the shadow of the Dinah Shore statue and Poppie’s Pond. She also won this event in ’89.

Inkster later told GolfChannel.com that she didn’t want anyone to make a fuss over her final appearance, and that’s why she didn’t say anything until after she finished her round.

“I just kind of wanted to ride off into the sunset,” she told GolfChannel.com.

Inkster said she’s thinking of ending her run in all the major championships this year, with her final appearance possibly coming at the KPMG Women’s PGA Championship at Hazeltine in Chaska, Minnesota.

And while she isn’t officially retiring, Inkster said she feels like it’s time to finally end her run as a full-time player this season, limiting her future appearances to a few of her favorite events.

“I enjoy the game, but it’s getting to the point where it’s work,” said Inkster, an LPGA and World Golf Hall of Famer with 31 tour titles. “I don’t ever want it to be work.

“I’m happy where I’m at with this. It’s not like I’m sad. It’s been a pretty amazing ride.”

Inkster’s profile promises to remain high in the women’s game as captain of the U.S. Solheim Cup team, with so much to do before the matches are played in Scotland in September. She also plans to keep active on the Legends Tour.

Whether she’s playing or not, Inkster won’t be forgotten around here, not with the rich history she leaves behind.