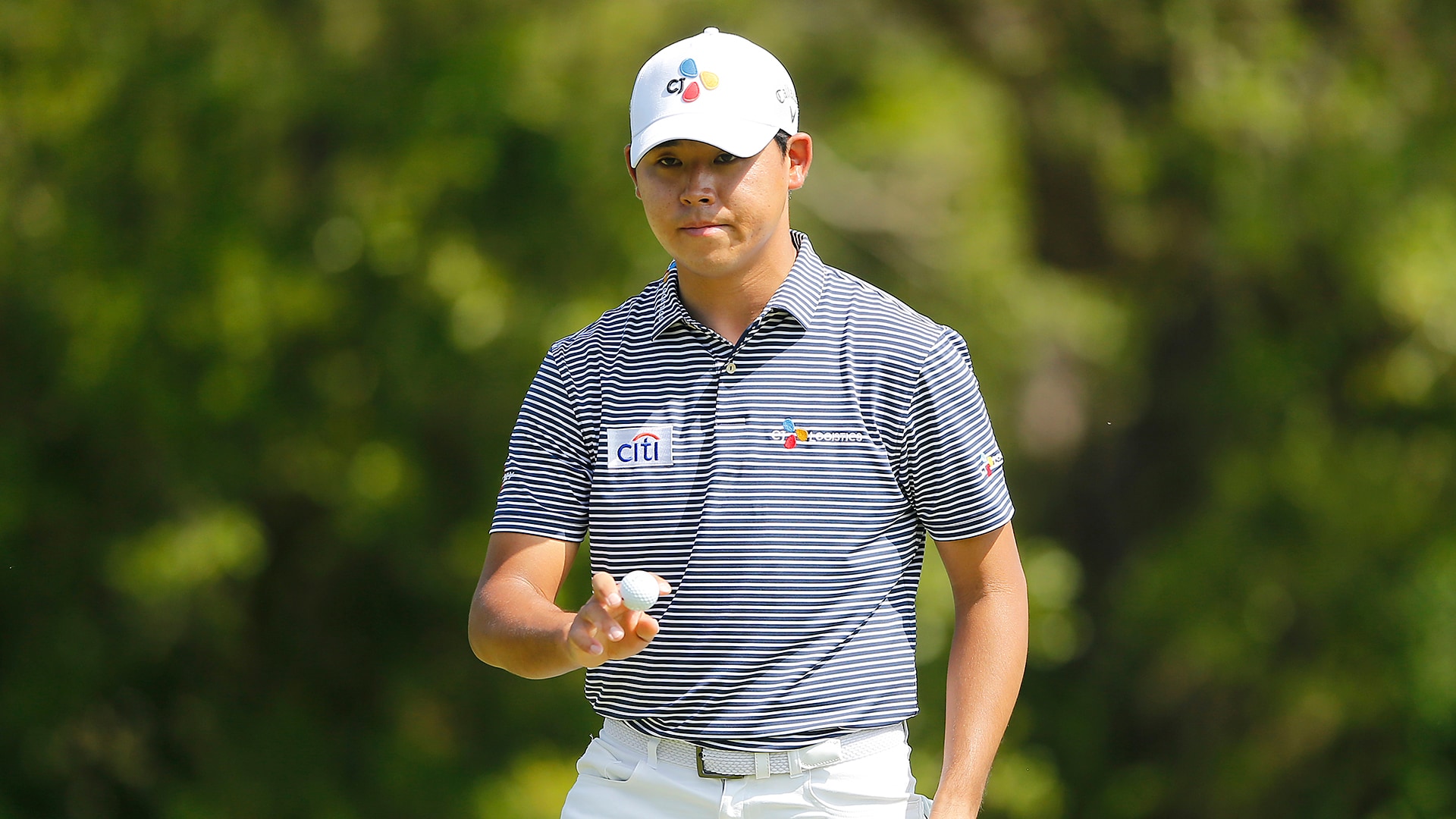 SAN ANTONIO (AP) — Rickie Fowler and Jordan Spieth are successfully fine-tuning their preparations for the Masters.

However, they haven’t been able to match Si Woo Kim so far at the Valero Texas Open.

First-round leader Kim used a late-round hole-in-one Friday to build a four-shot lead at the halfway point of the PGA Tour’s last stop before the Masters.

Kim, the 2017 Players Championship winner, led by one heading into the second round before shooting a 6-under 66.

Kim aced TPC San Antonio’s 16th hole and is 12 under through 36 holes. He leads six players at 8 under, including Fowler and Spieth.

”The first days here,” Kim said, ”I’ve been feeling good. I don’t want to change anything.”

Fowler led on the back nine until consecutive bogeys late in the round.

”Yeah, at 15 and 16, kind of a little unforced errors,” Fowler said. ”That happens. I hit some good shots out there and made a few putts. I’m happy with it. Obviously in a good spot going into the weekend.”

Kim’s ace at the 167-yard 16th bounced up toward the flagstick, landed next to the lip of the cup and dropped in. He’s gone 26 holes without a bogey and has nine birdies along with the ace.

Graeme McDowell, who won for the first time since 2015 last week at the PGA Tour’s event in the Dominican Republic, has shot consecutive 69s and is joined at 6 under by Scott Brown, Hank Lebioda, Ryan Moore and Jhonattan Vegas. Brown had a 67, Lebioda and Moore 70s and Vegas a 71.

Fowler, who drove the green at the 327-yard fifth hole and eagled, held a lead early on the back nine. After the eagle, he made birdie putts of 43 feet, 10 feet and 25 feet.

But he three-putted from 23 feet at the 15th and barely got out of a greenside bunker on the 16th, leaving a chip and putt for another bogey.

”At 16, I actually hit a great tee shot,” Fowler said. ”I was just expecting the wind to hold it a bit better, and obviously it didn’t.”

He got a stroke back with a birdie at the 17th, but his attempt to reach the par-5 18th in two landed him in a stream in front of the green. He chipped up and finished with a par.

Spieth had no late-round hiccups. Instead, he holed out from 113 yards for an eagle on his 17th hole. Earlier in the day, he chipped in from off his second green.

”I just slid under the ball really nicely on that chip shot, landed right on my spot, just trickled in,” Spieth said. ”Certainly a bonus on the hole out. In the air, I thought it was going to be pretty good.”

Kim surged to a two-shot lead when he chipped to a foot away on the par-5 14th hole and tapped in for birdie. He got up-and-down from a bunker at the 15th, putting from almost 10 feet to save par. He wouldn’t need the putter on the 16th.