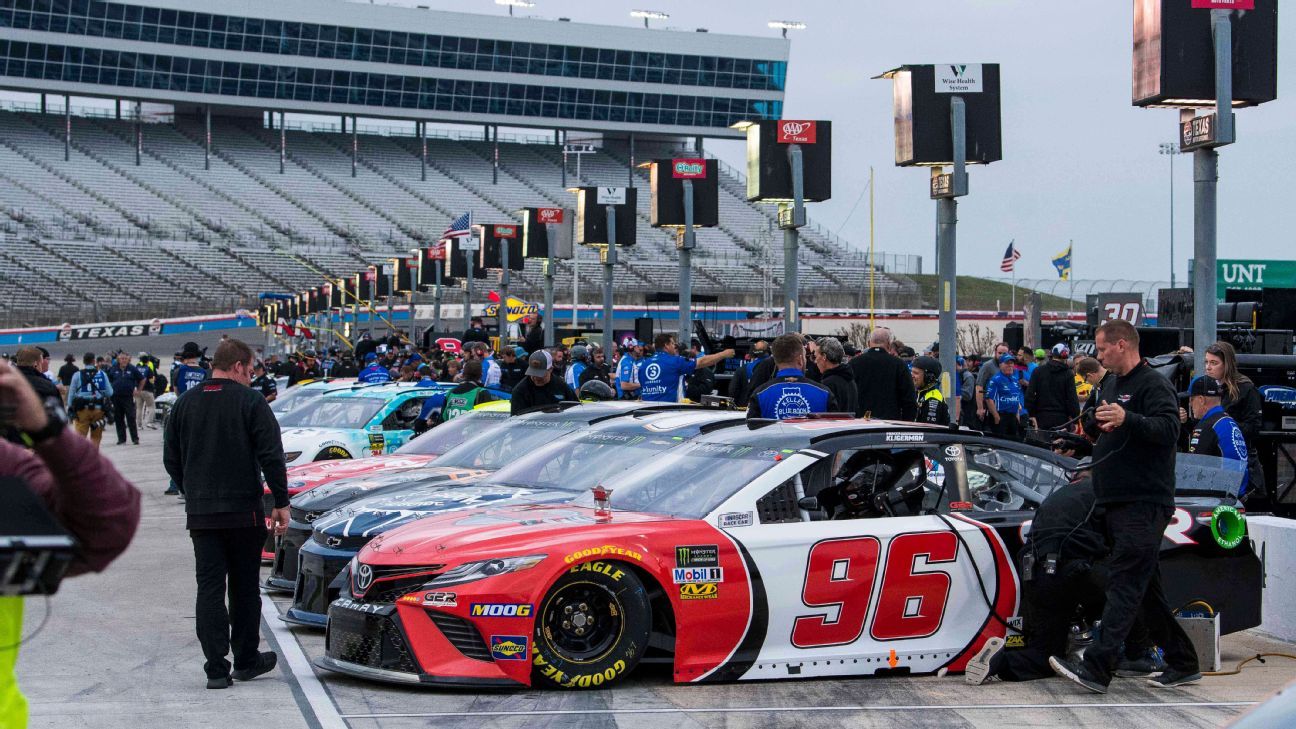 The debate around qualifying is overshadowing the race results on some weekends.

Over the past month, as I’ve watched and conversed about NASCAR Cup Series racing, I haven’t been able to shake the voice of one particular sports superstar. It echoes over the sounds of 39 race cars on Sunday, the NASCAR radio call-in shows Monday and all of the NASCAR podcasts and news conferences on Tuesday and into the next race weekend.

No, it’s not the voice of Jimmie Johnson, Kyle Busch or even Richard Petty or Darrell Waltrip. It’s the unmistakably befuddled voice of former NBA star Allen Iverson.

The then-Philadelphia 76er spoke those instantly infamous words on May 7, 2002, unknowingly foreshadowing a NASCAR season 17 years in the future.

You’re not following me here? OK, then simply take every instance where Iverson says “game” and replace it with “race.” Then replace every “practice” with “qualifying.”

The reality of the 2019 NASCAR season is that it’s been pretty good. Not great, but pretty good. Sanctioning-body officials have been pleased with a slight uptick in attendance. TV executives have been happy with an equally decent bump in ratings. There was a huge surge of good vibes when an unusually creative 2020 Cup Series schedule was announced last week. NASCAR beat writer Jeff Gluck’s “Was It A Good Race?” fan polls have four of the season’s seven points-paying races scored “yes” at 67% or better. Sure, there have been a couple of one-car-dominates-all affairs (is Brad Keselowski still leading laps at Martinsville?), but there’s been only one truly awful score amid Gluck’s polling: last month’s race at California Speedway at a brutal 37%.

But it was the beginning of that weekend in Fontana, California, that threw such a gigantic wet parachute over the entire sport that it is still struggling to climb out from under weeks later. A devastatingly dysfunctional pole qualifying session produced what was essentially a pit-road version of a Walmart parking lot. The biggest and brightest stars of stock car racing sat in their amazing machines traveling 0 mph on live television.

That was three weeks ago. Yet it’s all anyone has talked about ever since, with an additional pile of kindling thrown onto the pole-day fire last weekend at Texas Motor Speedway, where a dash for the pole was muddled by conflicting strategies that were devised in reaction to changed rules to avoid another Fontana … only to see those rules reinterpreted on the fly by NASCAR in reaction to those team strategies.

So, on Monday, guess what people in the stock car racing world were still talking about? Denny Hamlin‘s victory? Nope.

Group qualifying was introduced by NASCAR in 2014 after complaints that old-school single-car laps had grown stale, evidenced by the increasingly empty stands and miniscule TV audiences on Fridays. But as the cars and their engines were equalized for more parity on Sunday, it watered down the once-mad dashes for the pole on Friday, whether made in groups, individual or whatever existed in between. Now, the people who always loved single-car runs want it back and the people who always loathed single-car runs are warning that would be a return to boredom. But both sides agree that what we have now is awful. So, heat races? Single laps at some tracks but not at others? Forced green-flag group runs? A wall of orange cones to make sure everyone knows what lane to be in on pit road and when?

I do not know what the solution is. But I do know that this insane circular qualifying debate has to stop, for two reasons.

First, it’s a black hole that is beginning to swallow up entire race weekends and has to be plugged. That, I think, we’ve already established here. A Hollywood studio would never let a misspelling in the opening credits ruin the rest of the movie and a fashion designer wouldn’t send the first model up the runway wearing a Hefty bag as a prelude to the unveiling of their new clothing line.

So, NASCAR, make a decision, write the rules in Sharpie and move on. And NASCAR teams, appreciate the spirit of those rules and play a little ball on Fridays without gaming the system and the clock to the point that you look like the Three Stooges. A little garagewide cooperation for an hour on Friday afternoon doesn’t make you bad competitors. I seem to remember only one month ago people praising the final two laps of the final qualifying session at Las Vegas Motor Speedway as the greatest Friday show they’d ever seen.

Adhering to all of the above shouldn’t be that big of a deal because of reason No. 2, that this debate must end — and end now. (I can already hear my inbox filling up before I even type these next sentences.) Qualifying doesn’t really matter. It doesn’t. At all. Certainly not to the extent of destroying the enjoyment of entire race weekends. Pit stall selection? Please. Base that on practice times or the points standings. Hell, do it by the number of autographs signed by each driver that morning. I don’t care. Just as long as I don’t have to see high-definition broadcast coverage of a dozen race cars bottlenecked like they’re in my daughter’s middle school pickup lane, punctuated by complaining from the racers who chose to sit there.

I know we would all love to return to the days of 30,000 people on a Friday night with their special collectible commemorative Pole Night tickets in hand, jumping to their feet to banzai laps as several million more watched along on television. I was there for so many of those nights. I worked for networks that were built around those Fridays, from ESPN2 in the late 1990s to FX in the early 2000s. But those days are gone. Cale Yarborough and his Hardee’s Pontiac aren’t flying upside-down midturn at Daytona again.

Qualifying sessions cannot save NASCAR. The actual races can.

But what have we learned this March? Qualifying sessions can certainly tear NASCAR apart, via infighting throughout the paddock every Friday and via long shadows cast from those Fridays to darken Sundays and the weekdays beyond.

I don’t know what will be cooked up during the next couple of weeks when short tracks will (I hope) spare us what we’ve seen at the intermediate speedways. I just know that those woes should never be as big of a deal as they are. They are dominating the conversation and that should never happen. Never ever.