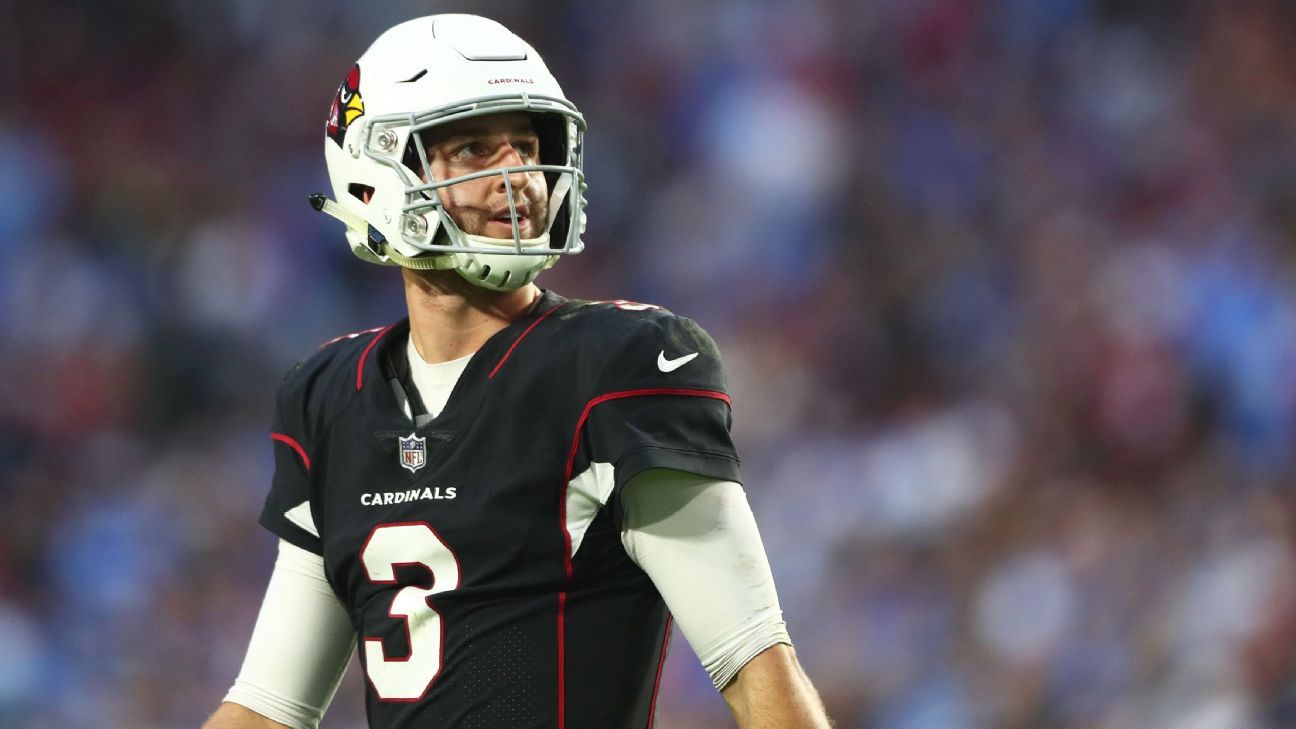 TEMPE, Ariz. — The most asked question in the lead-up to the NFL draft has been whether the Arizona Cardinals will draft Oklahoma quarterback Kyler Murray.

A close second has been another question: Will the Cardinals trade their current quarterback, Josh Rosen?

Over the past month, reports have begun to circulate that there are teams interested in Rosen, the former first-round pick out of UCLA who is entering his second season. But the Cardinals haven’t officially made Rosen available.

What if they do? What would the Cardinals be able to get in exchange for Rosen?

Well, it all depends whom you ask.

Coaches and executives from seven teams told ESPN at the NFL owners meetings that Rosen is worth anywhere from a first- to a fifth-round pick. Arizona traded up from No. 15 in last year’s draft to draft Rosen No. 10 overall.

“If you liked him last year in the first round, I don’t know why you wouldn’t give up that this year,” one head coach said.

That coach emphasized that there is one season — Rosen’s rookie year — to consider when teams value the 22-year-old. Rosen threw for 2,278 yards, 11 touchdowns and 14 interceptions in 14 games, starting 13, while completing 55.2 percent of his passes. He was thrust into the starting lineup in Week 4 and never looked back.

But his young NFL career has been marked by instability. With former Cardinals coach Steve Wilks and his staff fired after going 3-13 last season, Rosen is set to play for his second head coach, Kliff Kingsbury, who will also be the offensive coordinator.

One coach with head-coaching experience believes Rosen could be worth a first-round pick for a lower-level playoff team. Otherwise, he thinks the Cardinals will probably get a fourth- or fifth-rounder in exchange for Rosen.

Another former head coach thinks Arizona could get a late first-round pick for him, but he said he wouldn’t be surprised if the Cardinals land only a second or third for Rosen.

Another head coach was frank in his assessment of Rosen: a third-round pick, and that’s it.

Rosen has $6.2 million in guaranteed salary left on the three years remaining on his contract. Because he was a first-round pick, he would come with a fifth-year option. Another head coach said Rosen isn’t worth a first-round pick, but his relatively low cost makes a deal more attractive.

One executive thinks Rosen is worth a second-rounder. Another said it would depend on where the second-round pick is slotted, but, that executive said, he wouldn’t give up a first- or third-rounder for Rosen.

The Cardinals, for their part, have sent mixed signals.

In February, general manager Steve Keim said Rosen is “our guy,” but Kingsbury has professed his love for Murray.

Kingsbury has also said that Rosen will fit in his Air Raid offense and that no final decision has been made about the Cardinals’ No. 1 overall pick.

For now, though, Rosen’s a Cardinal.

That might change. It might not. If Arizona starts hearing offers on Rosen, his market will vary by who’s on the other side of the phone.