Tandridge Golf Club in Surrey has taken on the services of golf course architect firm Lobb + Partners to carry out renovations to its historic Harry Colt-designed course.

Tim Lobb, whose past projects include work on Colt courses at St George’s Hill and Blackmoor, is determined that Colt’s legacy will be honoured in a sympathetic, long-term renovation that will retain his original design philosophy while bringing the course up to date for the modern age.

Colt’s original course dates from 1924, and Lobb has been engaged by the club to carry out a ‘course-evolution programme’, retaining its natural and historic character. Lobb, who has been a course architect since 1996, is currently finalising an initial appraisal of a course he believes is ‘up there with the very best’.

“It’s a bit of a cliché, but blending the Colt philosophy with modern-day constructability is at the forefront of our mind,” said Lobb. “It’s a challenge, but we need to be sympathetic to the original Colt design, while making it attractive to the demands of 21st-century golfers.”

He added: “We’re really interested in the wider landscape philosophy. We’ve always got involved heavily in our other projects with the landscape, particularly when we’ve been working with the heathlands. The landscape is key to the golf course. It’s in a beautiful location, with long views that we’re hoping to enhance. It’s a spectacular course, and we’re extremely proud to be able to play a part in the future of the club. 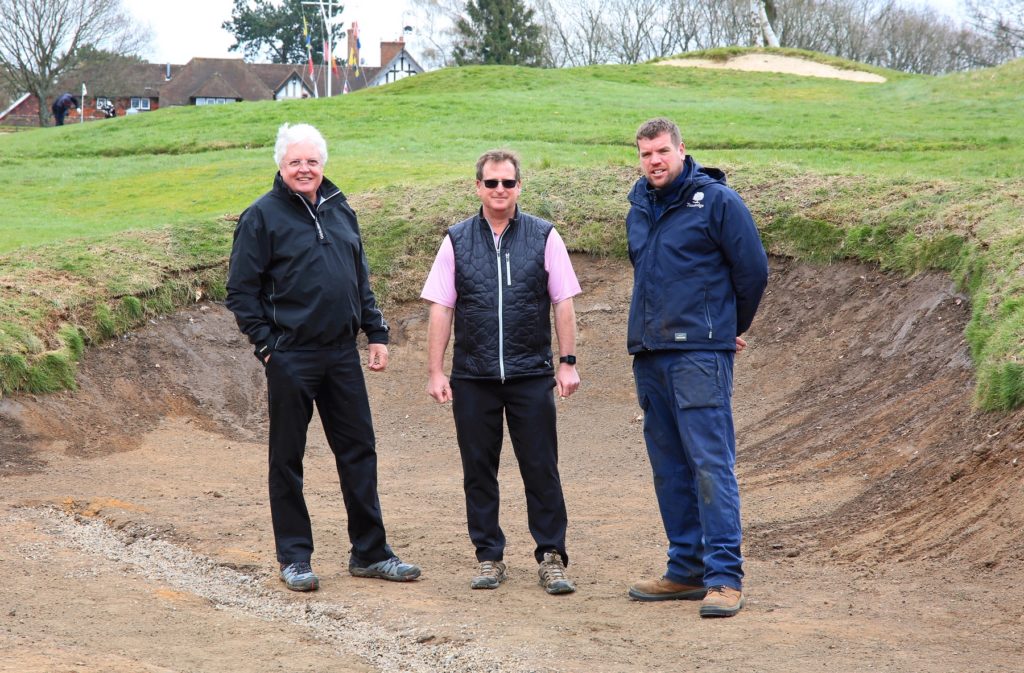 “It’s a really long-term view we’re taking. We’re looking to take our time and get it right – it won’t be rushed. And I think the club will take that view too. It’s all being considered very carefully.”

Lobb and his colleagues have gathered extensive historical data on the course, including aerial photography from English Heritage from the 1940s, ’60s and ’90s, as the team looks to assess potential changes in a systematic way.

“Tandridge probably doesn’t have as much heathland as it should, but it certainly stacks up as well as any course in the top 100,” said Lobb. “It’s a very big site, with lots of contours, lots of movement – although I believe the landscape and the longer views across the countryside could be improved now, to enhance the golf further.

“It will be a phased evolution programme, probably over five to seven years during the winter periods. I want to be able to leave the course in a flexible state, a course that will be playable for all standards of golfer. I realise that’s always said, but it is such an important element in today’s market.

“I think Tandridge has the ability to do that. I think the final construction technique we’ll end up with will leave the course, particularly the bunkers, in a state that it’ll be visually still very striking and providing great strategic questions for the golfer, but it will also achieve a balance whereby the greenkeepers can maintain it with a sensible amount of staff and working hours – balancing aesthetics for the golfer and practicalities for the staff.”

Tandridge’s course director, Peter Allington, said: “Many improvements have been made to the course over the past ten years, but it is imperative we continue to move the club forward in a controlled and planned manner, so we are looking to produce and implement a course evolution plan for the next decade and potentially beyond that.

“Tim brings a professional and creative approach to the design process, while always respecting the Colt philosophy and maintains a ‘hands-on’ presence during the construction phase.”

Tandridge’s 18-hole course, which is located near Oxted, offers spectacular views of the Surrey North Downs and the High Weald, with the front nine running along relatively gentle land, while the back nine is sited in more rolling and dramatic terrain.

Although a private members’ club, visitors can book tee times at any time on Mondays, Wednesdays and Thursdays, or from 4.30pm on any other day, with green fees costing from £54. For more details, visit www.tandridgegolfclub.com.